5 Striking Product Recalls Over The Past Decade 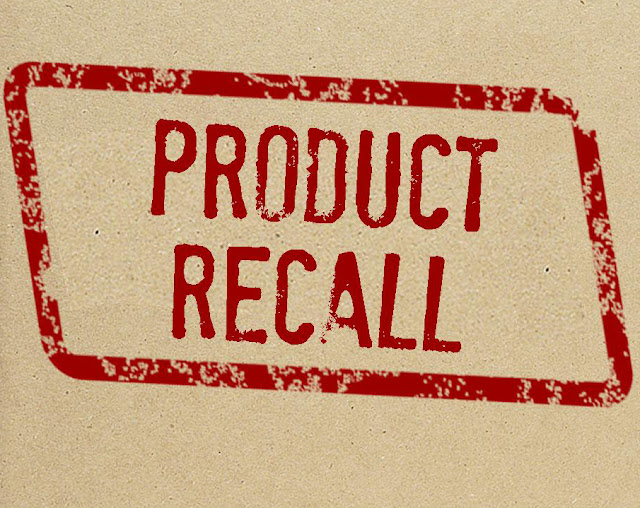 Growing safety regulations have made most products much safer, so massive recalls of things produced by trusted brands are far less common now. In modern times, most product recalls involve a few thousand items being recalled after something makes someone slightly ill or injured. However, there are still a few cases of shocking product recalls that have stunned consumers, and some of the biggest recalls of the past decade involve popular name brands.

In 2009, an infant in Houston was suffocated by a crib with a side that dropped down. After it was revealed that cribs created by Simplicity could break easily and trap a child in a potentially suffocating position, over 400,000 cribs were recalled. The Consumer Product Safety Commission eventually revealed that cribs by Simplicity had been implicated in several past recalls. Though the company claimed to fix their hardware, they continued to have problems with faulty detachable sides suffocating children. Altogether, 2 million Simplicity cribs were recalled between 2007 and 2009, and the company is no longer in business.

In November of 2010, Toyota had to recall 5.3 million cars because their floor mats would trap the gas and brake pedals. This shocking recall was then followed up just two months later with a recall of yet another 4.1 million vehicles that had gas pedals that could get stuck during driving. There are currently still investigations of why almost 9.5 million vehicles managed to pass safety tests with such severe faults, and it is unknown how many crashes and deaths occurred after Toyota drivers suddenly found themselves unable to brake.

Baby slings designed for both the Infantino and the Wendy Bellissimo brands were found to be responsible for at least 3 deaths of infants. Over a million slings were recalled in 2010 after it was discovered that they could put a child into a position that would cause the child to suffocate. Suffocation could occur due to the fabric of the sling or the mother's chest, and the Consumer Product Safety Commission says that up to 14 children could have been killed by these slings.

Darvon and Darvocet are both brand names for propoxyphene, a medication that was used to treat mild or moderate pain. In November of 2010, one of the pharmaceutical companies behind the medication voluntarily recalled it and quit selling it because studies revealed that the drug could make the heart beat out of rhythm, possibly causing death. Elderly people, who often took the medication for mild arthritis pain, were particularly likely to succumb to the side effects of the medication. Eventually all versions of propoxyphene were recalled, and the medication is now banned in the United States and Europe.

In 2008, a salmonella outbreak that killed eight people and infected hundreds of others was traced back to the products that used peanuts from the Peanut Corp's processing plant in Georgia. The factory walls were covered in mold, and both roaches and rats were allowed to run over the food. During the investigation, the FDA discovered that the company was shipping out products even though they knew their product testing had revealed salmonella. Ultimately, countless products containing peanuts, including peanut butter, ice cream, and trail mix, had to be recalled, and the company went bankrupt.