Bioo - Charge your smartphone with the electricity coming from a Plant 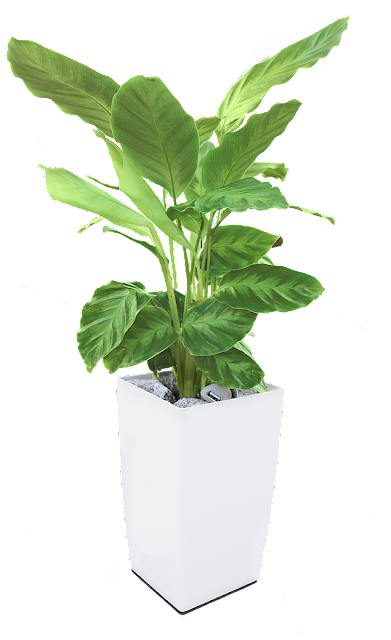 Pablo Vidarte (Engineering student at La Salle URL, Barcelona), Javier Rodríguez (Nanotechnology student at the UAB, Barcelona), and Rafael Rebollo (Engineering student at La Salle URL, Barcelona) have designed Bioo, a system which generates electricity from plants' photosynthesis. "The system we've created generates a constant power of 3 to 40 watts per square meter from a biological panel and an organic battery which uses the material substances generated in the process of photosynthesis. This organic matter is expelled in a natural way without harming the plant. 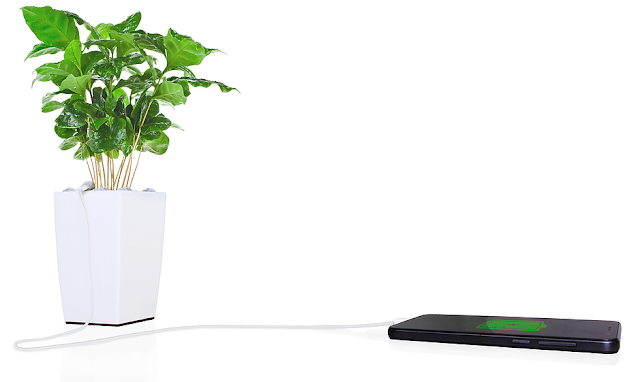 It's a process which constantly generates electricity allowing an autonomous supply with a minimum cost" explains Pablo Vidarte. Explained by these young entrepreneurs, a 10x10 meter garden of these panels and a low vegetation on top of them (as normal grass for example) will be enough to cover the constant needs of electricity in an average family home in the USA. However, using high vegetation, like trees or bushes, a 5x3 meter garden will be sufficient. Furthermore, they have already patented this technology and there are only two extra initiatives in the world with similar technologies. 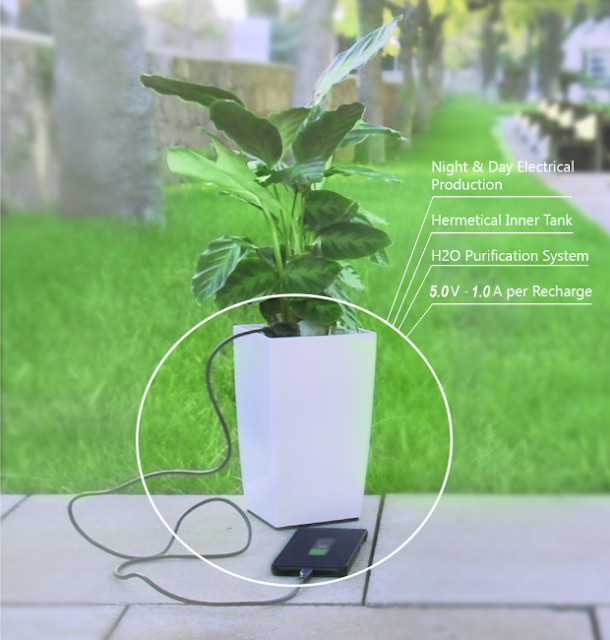 On the other hand, Bioo counts with a minimum production ten times higher than the one of its competitors and lower prices for their development and installation. The entrepreneurs created one year ago Arkyne Technologies, a business of their own to develop their project. Their strategy was to launch a crowdfunding campaign this month of April to place Bioo Lite for pre-order, a small wink of Bioo's portable technology; a plant pot to charge your phone. The campaign is now taking place, selling plant pots all over the world. Its system will not only be used with for a home target, it will also be implemented in other fields, such as green roofs and agriculture: Therefore fulfilling their final goal, selling one square meter panels. From Boston to Silicon Valley are many the incubators and enterprises supporting the Bioo team, among them The Repsol Foundation. At the same time, the core team has also Alexandre Díaz Codina (CBO, current Student at UPF University, Barcelona) and Chantal Marín (CMO, MsC in CS @UCL/Stanford, Berkeley alumni that has build several successful startups as HoodooPro) on board who are helping bring the startup to the next level.