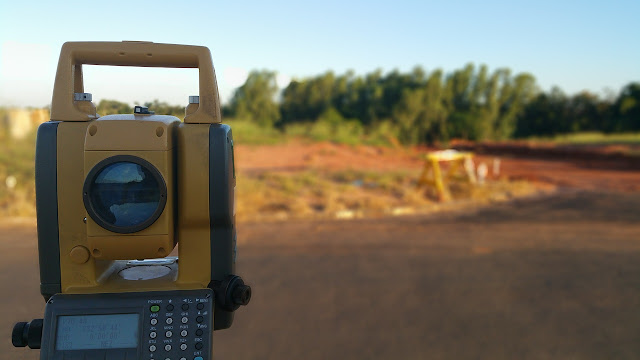 Large projects such as new housing developments are costly affairs; therefore, it is imperative that no stone is left unturned whilst planning out the initial stages of a proposed undertaking such as this. Topographical surveys are the very first part of the development process, and it is the foundation upon which your new project will stand.


Turning A Vision Into Reality

Knowing the lie of the land is vital if you want your development to proceed without incident. A thorough topographical survey is like a window into the future, providing an insight into the very things that transform a bare piece of earth, or a brownfield site, into stunning new development.
Everything from where to place drainage pipes for optimal run off through to the architectural design process needs to be planned out, and topographical surveys give developers the hard data that they need in order to make the right decisions first time, every time.


Information That Saves Both Time And Money

Getting the right information from your topographical survey will allow your planners and architects to foresee – and therefore overcome – any problems that may lie ahead due to the way the land sits across any prospective project site. This knowledge can save developers vast amounts of time and money as they can work their plans around the findings that the survey brings, rather than running into issues half way through a build.

The level of detail that a developer receives from their topographical survey can vary dramatically and the end result is largely a bespoke survey for each and every project site that is surveyed. Basic boundary surveys take very little time to conduct but can bring valuable insight, but more in depth examinations can reveal even more detail. These will often include Digital Terrain Models that will help engineers, architects and planners visualise and design the project to exacting specifications.
Everything from road markings through to maximum building heights and alignment can be included should the developer wish to have the information to work with, making topographical surveys an indispensable part of any successful project.


How They Are Carried Out

These vital building blocks are usually conducted in one of two ways: either conventionally or aerially. As the name suggests, conventional surveys are by far the most popular way of conducting a topographical survey of sites across the United Kingdom. Carried out by land surveyors, these surveys look at the surface of the land and are generally still conducted in a somewhat manual fashion, despite the advances in topographical surveying technology.

Aerial surveys, on the other hand, are done by taking photographs of the land from the air, hence the name. Two overlapping photos are looked at together to form a stereo pair that allows surveyors to see the ground’s surface from two different vantage points, giving the surveyor a greater sense of depth perception than is possible with a single photo.

Whichever route your project demands, the outcome is largely the same – to provide a detailed record of the way that the land is lying at present. A topographical survey will give planners and architects an insight into what is required to turn that plot of land into a successful, safe and profitable development.

Author bio:
Nick White is the director of South West Surveys, which carries out topographic surveys using the latest technology to provide accurate and detailed maps.