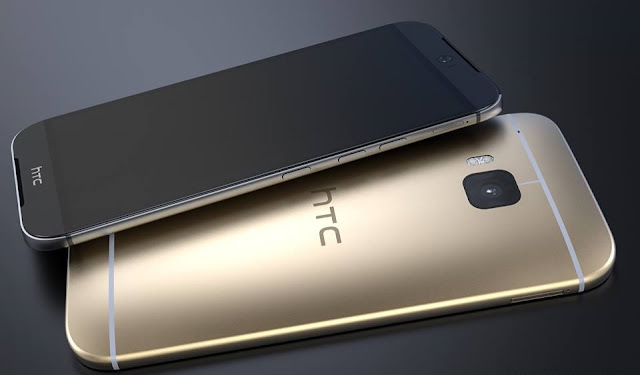 HTC fans will probably already know that the predicted launch date of the highly anticipated HTC One M10 is likely to be April 12. This will be the internet-only launch with simultaneous launch times for New York at 8am, London at 1PM and HTC’s home of Taipeiat 8PM. The launch is likely to be broadcast live on the HTC website. The plan would appear to be that the M10 will be seen online for the first time and immediately offered for online purchase.

HTC hopes that the launch of this new flagship device, to be marketed as The One M10 Perfume, shall boost its market share and put the HTC firmly among the best mobile devices of 2016. So with the HTC One M10 imminent launch, what can we expect? A success or a flop?

The first marketing angle we should expect with confidence is the name. By all accounts from the industry leakers, HTC is certain to drop the ‘One M’ from the moniker and launch their brand new flagship as the HTC10. According to the Tech Times, this new direction of branding has been sparked by the company posting a recent teaser image of the much anticipated device on their Twitter account, with a hashtag embossed with “#Power of 10”. This could be a clear indicator of the new name and seems to be likely to be more acceptable than the #PowerofM10 or the #PowerofMOne10 which both sound clumsy.

The HTC will boast the new Snapdragon820. This features a new architecture compared to its predecessor the 810. Included is the X12 LTE modem, Kryo CPU, Adreno 530 GPU, Hexagon DSP and Spectra ISP. One of the bigger changes is the 64-bit Kryta CPU. This promises to deliver double the performance of the 810 and has a maximum 2.2 GHz clock speed. It is quad core which Qualcomm claims won’t adversely affect the performance too much. This is mainly due to the majority of Android apps not yet being optimized or demanding enough to require the power of an octa-core.

“This will be a compelling experience” according to HTC CFO Chialin Chang at the recent Mobile World Congress show in Barcelona. He made this statement after “seeing what’s going on in the market” CNET magazine reported.

The camera upgrade is going to be a big talking point. The HTC One M10 camera is going to see the image sensor be upgraded from 20 megapixels to 23 megapixels. For camera lovers, they will notice this camera sensor also featured on the Google Nexus 5X and Nexus 6P.

HTC are possibly making a big marketing statement with the camera sensor as the rumours suggest they will have a clear advantage with the optical image stabilization (OIS). When released with the OIS, then the new phone should be able to take better pictures than the Google devices.

There is still a mystery surrounding what sound qualities the HTC One M10 will have. The sound has always been loved by fans of the previous flagship devices as they featured the “boom” sound front speaker amplification feature. The internet is rife with rumours that HTC plans to drop the front boom speakers from the new model, presumably as it will feature the slimmest design to date for the manufacturer.

HTC has tweeted some teasing photos of the new M10 showing five front speaker holes and suggesting the “boom” will be heard soon. This is great news for all the HTC fans that rated the “boom” sound as one of HTC phone’s best features. It is likely there won’t be any more confirmation of the new sound system, which could be upgraded as a possible “Boom 2” if the speakers have been reduced in size.

A leaked photo out of Taiwan, that appears to be legit, is causing plenty of internet frenzy on review sites and the like. It features a clear photo of a very high AnTuTu bench mark score for the M10 being held up for all to see. The benchmark score shown was 156091, which easily out performs all the big selling phones from the major manufacturers. The photo was taken on a Samsung Galaxy 7 and the EXIF appears to be un-tampered with.

Fans are waiting to see what display the HTC M10 comes with. It is likely to be 4K resolution or 2K at the very least. Manufacturing rival the Samsung Galaxy Note 5 is rumoured to have a 4K resolution but it looks like the HTC M10 will be the first phone to have such high resolution. HTC is no stranger to being a market leader for mobile hardware as the Taiwanese giant was the first to bring out a full HD display back in 2013 called the HTC Butterfly.

The speculative specs are:


The HTC M10 is likely to be very well received. Potential customers are already happy with the specs of the new smartphone. If you are planning to get in early and beat the rush to order your HTC 10, you will do well to make sure you only use the best Android apps to power it. Check out these great apps to get a head start.


The reputed world class camera will be one of the first features to be reviewed, closely followed by the bench mark score. The subtle marketing of only putting up some mysterious photos on the HTC twitter account has received plenty of attention. Potential customers and industry media alike are likely to be wondering if this brand new, high performing flagship mobile will reward the company with a lot of much needed business this year.