The History of Wireless Technology Storymap 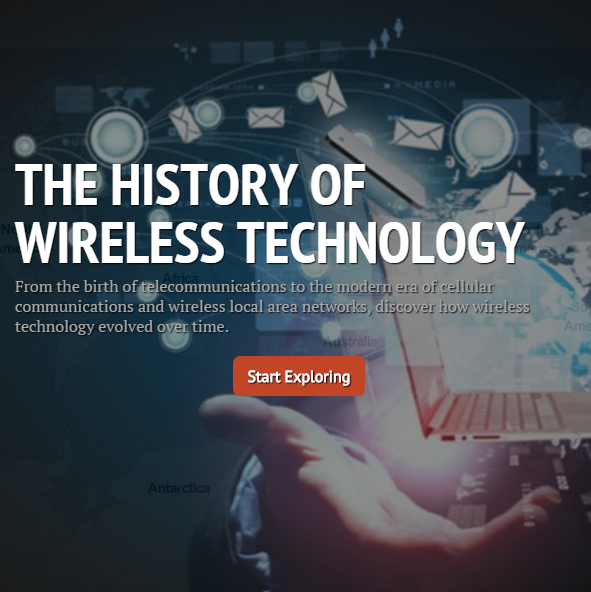 Technological advances over the past century and a half have been incredible, with the advent of wireless technology in the 1890s creating a platform for future generations to break further ground to life-changing effect. When you look back to how pioneering the wireless telegraph seemed upon its creation in the late 19th century, you realize just how far we have come in a comparatively short space of time.

In 1896, Guglielmo Marconi set the wireless wheels in motion with his telegraph system, which transmitted the first ever message across open water to a receiver four miles away. Fifty years later, the world’s first commercial telephone service was launched in St. Louis, with the transistor soon following. Telstar took communications a step further in 1962 upon its launch into orbit, before the 20th century came to a conclusion with the establishment of WiFi, a wireless local area network.

This Storymap by Exigent Networks (http://www.exigentnetworks.ie/) charts the history of wireless technology over a 100-year period from Marconi’s historic creation to the era of cellular networks and WiFi. Of course, the incessant advancement of technology will lead to further reference points being created in years to come, making it easier to forget that what we take for granted today was a surreal dream for people only a couple of generations ago.