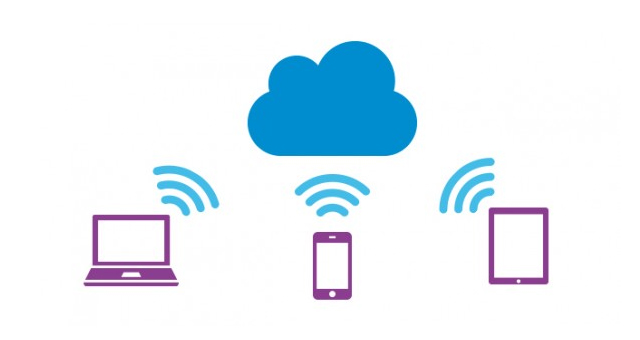 As the computing needs of corporations and organisations around the world have evolved, so too have the methods that we use to store files. Storage capacity has increased considerably, and while the first hard drive that was the size of a refrigerator would hold approximately 5MB of data, modern hard drives will store several terabytes. However, in this day and age the forward-thinking business is the one that moved their storage requirements over to cloud storage, which has unlimited potential for business data, allows flexible access options from virtually anywhere, and even offers simple collaboration and access for multiple users.


The floppy disk was introduced in the 1970s, and like most electronics it underwent various stages of improvement, capacity increase, and miniaturisation. The very first 8” floppy was read only and would hold slightly less than 80KB of data. A read-write version was introduced a year later, and both 5.25” and later 3.5” versions were also introduced.


Cassette tapes were introduced at around a similar time to floppy disks, and they would hold approximately 660KB per 90 minute side of tape.


When the CD was introduced in the early 1980s, they were often able to store more data (700MB) than the hard drives of the computers in which they were used. However, it is the hard drive that is typically used for storing large amounts of data belonging to an individual, while a collection of hard drives or a server may be used by businesses and organisations.


The hard disk drive can actually be traced back to 1956 and stored 5MB of data, and in the 1980s, the first model that would be considered similar in size and function to the modern hard drive was introduced with the same 5MB capacity. Ten years later, hard drives often had a capacity of more than 100MB and 2TB variants are now affordable and readily available options for any buyer. You can read about the differences between KB, MB, and TB, on this blog post from Landmark Technologies.

In the current day and age, cloud storage is the area where data storage is advancing. Businesses barely need to be restricted by capacity, with some companies even offering unlimited capacity with their cloud storage options. In the same way that CDs revolutionised data access when compared to the use of cassette tapes, cloud storage also offers a number of benefits to users. Data can be accessed from any Internet connection, the cloud storage company is responsible for security and maintenance of servers and hard drives, and you can grant access to the data that is stored to anybody that is collaborating on a project or needs that access. With barely any limits to maximum capacity, cloud storage may well be the future for businesses and individuals.