Is 3D Printing the Future of Manufacturing? 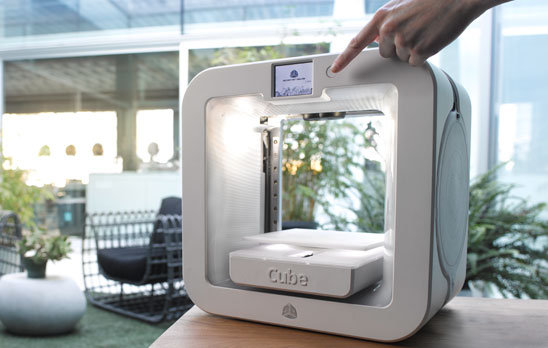 3D printing is one of the most talked about technologies on the planet right now, and not only in the industrial sector. Machines intended for consumer use amongst enthusiast circles have also contributed to the popularity of the technology. Many are speculating that 3D printing could go on to replace CNC routers in the near future. Given the fact that CNC, short for computer numerical control, systems are currently essential parts of the manufacturing process though, how realistic is this?


How Does the Technology Differ?

3D printing, also called additive manufacturing, refers to the process of depositing successive layers of the microscopic, raw material. Gradually, the overall product becomes fully materialized as the layers are added. CNC machines, on the other hand, work by removing material from the original source. After depositing the raw material, the machine, controlled at the brain by computer software and the CNC controller electronics, would remove excess material until it resembles the desired shape. Using this setup, it is possible to achieve far better accuracy and precision than a human operator, but you’ll still produce more waste than you would with a 3D printer.

While most small, consumer 3D printers are only capable of working with ABS or PLA plastics, products intended for industrial settings like the Ultimaker can also use thermoplastic like nylon and acrylic. CNC routers, on the other hand, can comfortably handle materials like wood and plastic while heavy-duty milling machines can cut through various metals.

Another issue 3D printing currently faces is its processing speed. Because 3D printing works by building objects up from scratch, one layer at a time, it’s very time consuming. While individual machines vary in speed, even the most advanced system would lag behind a comparable CMC-driven unit.

While 3D printing may not be the finished article yet, there is no doubt that it is an exciting new technology. Even today, 3D printers are able to create shapes that are almost impossible to produce with any other system. Their easy to use nature means that they open innumerable possibilities to individuals who previously had no opportunity to work with similar technology. That isn’t to say we aren't seeing similar approaches with CNC systems though. The bSuite software package from Biesse, for example, enables operators with few IT skills to get the best results from the company’s machines.

It's important to remember that even if a technology doesn't provide all of the solutions, it can still be worthwhile. Both approaches have their distinct advantages and disadvantages, and which is better depends on the situation at hand.