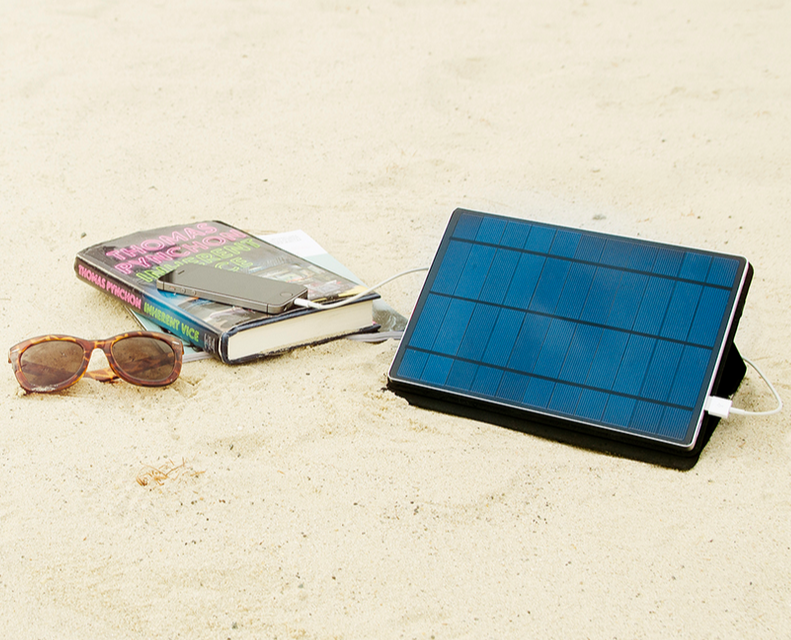 The small startup company Solartab Limited was founded in 2014 with the goal of launching a new breed of super powerful portable solar chargers for mobile devices. After a highly successful Kickstarter campaign, the grateful and excited team found themselves in a position where they had envisioned their dream product and collected the funds to make it a reality.

The coming year however gave the startup a number of lessons about what it means to be a tiny company in a big and highly competitive market. Overcoming a number of challenges, they have now finally started assembly of the Solartab solar chargers, soon to be shipped out to hundreds of backers all over the world. As a delayed, but ultimately improved, product.


(Solartab Limited, April 22, 2015) Originally conceived by three students, the idea for the Solartab solar charger was simply a result of traveling as backpackers in areas without power outlets, combined with a disappointment about current solar charger products on the market. When they discovered that current products simply weren’t able to efficiently charge their phone or tablet directly through sunlight, they decided they wanted to create their own charger. One that would truly match their own off-the-grid charging needs. 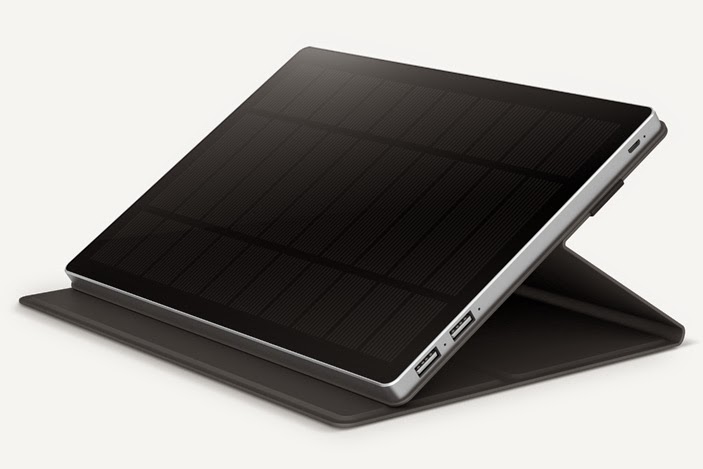 With a large 5.5W solar panel and a high-capacity 13 000 mAh internal battery and two 2.1A USB outputs, Solartab became the dream product tech enthusiasts like themselves had always wanted — a solar charger powerful enough to charge modern smartphones and tablets directly from the sun. And, as if that wasn’t enough, the team wrapped Solartab’s powerful hardware in highly appealing design and equipped it with an innovative charging-enhancing cover. The result is the most sophisticated and appealing portable solar product on the market. 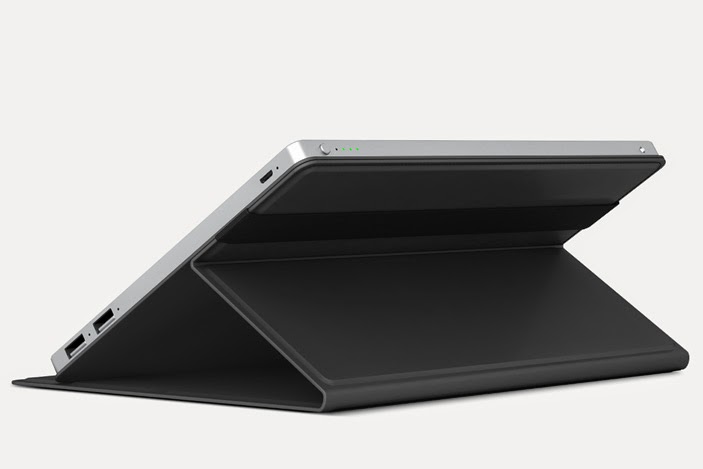 More powerful and better looking than competing products, the Solartab solar charger became a huge hit on crowd funding platform kickstarter.com last year, and is now finally being manufactured. From a humble start with just three students, a great idea and a prototype, this team has indeed come far. Much thanks to 519 supportive backers!

"We raised $61 419 USD in just four weeks on Kickstarter, much more than we expected", explains CEO and co-founder Simon Methi. "I mean, we were confident that people like us would respond well to the idea, but we actually reached over 200% of our funding goal! It felt incredible." 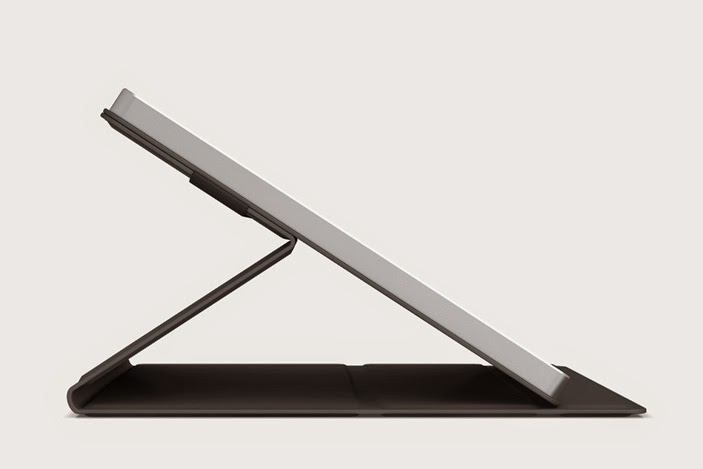 The small team of tech enthusiasts wanted to deliver Kickstarter reward Solartabs to all their 519 backers before fall hit last year, and with Simon working close with the manufacturer on the ground in Shenzhen, China, they were able to closely follow all parts of the operation on-site. Unfortunately, a number of unexpected challenges along the way prevented them from reaching their ambitious goal of delivering just a few months after the Kickstarter campaign. 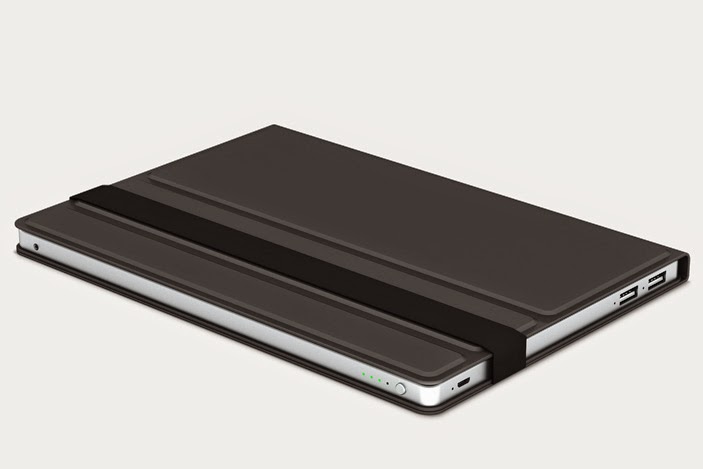 One of the many challenges a small, new company faces.

"Our pockets were completely empty before our more than five hundred fantastic Kickstarter backers gave the whole project a gigantic lift in funds" , Simon explains, "so placing the order to secure the batteries before the Kickstarter campaign was never an option for us. And when a sudden surge in demand for the batteries we'd designed our product around suddenly made them unavailable - completely - there was no way we could have planned for that."


The Solartab enclosure and internal plastics all had to be completely re-designed, and manufacturing got postponed. The team didn't let such a minor hurdle break their spirits though, and went back to the drawing board with an eagerness to deliver a product even better than the one their 519 supportive backers had pledged for. “We decided to jump straight to version 2 of the product, since the re-design gave us more time for testing the PCB, and we managed to fit in a more efficient solar panel than we initially planned”, says Simon.

They succeeded, but the road from re-designed sample to the final, mass produced Solartab was longer than they had expected.

"We simply learned a lot about what it means to be a tiny company in a big and highly competitive market", Eskil Vestre, the startup’s head of marketing and communication, points out. "While our manufacturer has done a fantastic job all along the way, it certainly wasn't easy to make them prioritize Solartab over bigger, more profitable projects they worked on at the same time. This meant that we in periods simply had to wait patiently in line".


For "GreenTech" evangelists on a mission to make the world a little greener and a whole lot more mobile, however, these are just the hard facts they had to accept. Thankfully, their backers were like-minded enthusiasts who were patient and dedicated enough to wait through further delays.

"Keeping communication going with our thousands of supporters on Kickstarter, Twitter, Instagram and other platforms, I felt it was important to involve them in every part of the process", Eskil explains. Numerous updates were posted to keep fans informed about the latest developments - good or bad.


And on April 20, 2015, he finally conveyed the great news to all fans on Kickstarter.com: Assembly for the first batch of Solartabs has now started, and the finished products will soon be ready for shipping!

"It feels amazing", says Eskil and Simon. "It was a long and somewhat bumpy road, where we and our fans learned a lot along the way, but we are now mass producing a dream solar charger that exceeds all our initial expectations, and it's on its way to people all over the planet!"


A limited number of Solartab units are currently available for immediate order on the startup's own website www.mysolartab.com, and more units will follow as Solartab Limited scales their production. For an "early supporter price" of only 109 USD, one of the first units of the game changing product can be grabbed right now. One thing's for sure: This summer will be solar charged, and the future looks bright and sunny for the enthusiastic Solartab team!