What is the difference between a widget & an app 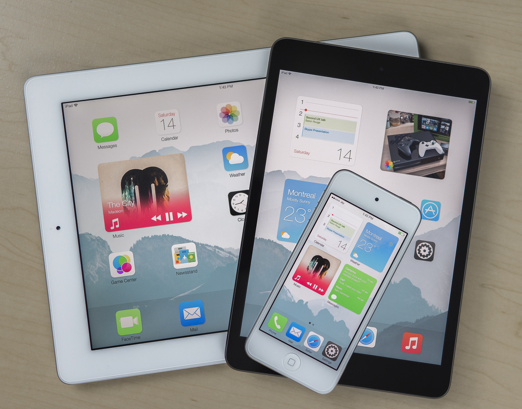 App or Widget? How to Tell the Difference

A new smartphone is a blank slate, a tiny package full of possibilities just waiting to be tailored to your individual needs. Customizing your smartphone starts with downloading useful apps and widgets to give your device the features you’ll use every day such as games, a coupon app or social media utilities. However, many people do not know the difference between an app and a widget, and although the distinction isn’t severe, not knowing it can cause significant confusion when setting up your new smartphone.

Short for “application,” a mobile app is a computer program designed to run on smartphones, tablets and other internet-connected devices. They are most commonly available though distribution services such as Google Play and Apple’s App Store, and can be free or paid.

An app can be aimed at productivity, functionality or entertainment, and the term “app” represents the full functionality of a program from its main content to any peripheral features such as search, posting and activation. Opening an app results in a new screen in most cases, temporarily changing the primary function of the smartphone to the primary function of the app.

While an app is a full computer program intended for use with a smartphone, a widget is a very simple interactive extension of the app designed to provide quick access to its most essential features. Some widgets also offer access to the full app, but the option to do so can usually be turned on and off by the user.

Widgets are most commonly found on the home screen of a device to serve as an extra control button for the most frequently used apps, usually representing functions such as turning Wi-Fi on and off or quickly setting an alarm. These widgets can be activated quickly without the need of opening an app, making them ideal for basic functions. Check out the new packages available for the new iphone at http://www.iinet.net.au/phone/mobile-phones/handsets/iphone-6/

A widget can also form a heads-up display for critical information contained within an app, placing updates front and center without having to activate the full app. Examples of this kind of widget include user-set clock and calendar displays on a home screen or a 5-day forecast from a weather app. Widgets such as these make using apps more convenient by ensuring the most important information is available at a glance.

Widgets make apps more intuitive to use by allowing the user to perform one of its most important functions as quickly as possible. The difference between an app and a widget is fairly subtle, but being aware of it is the best way to unlock the full potential of your smartphone.