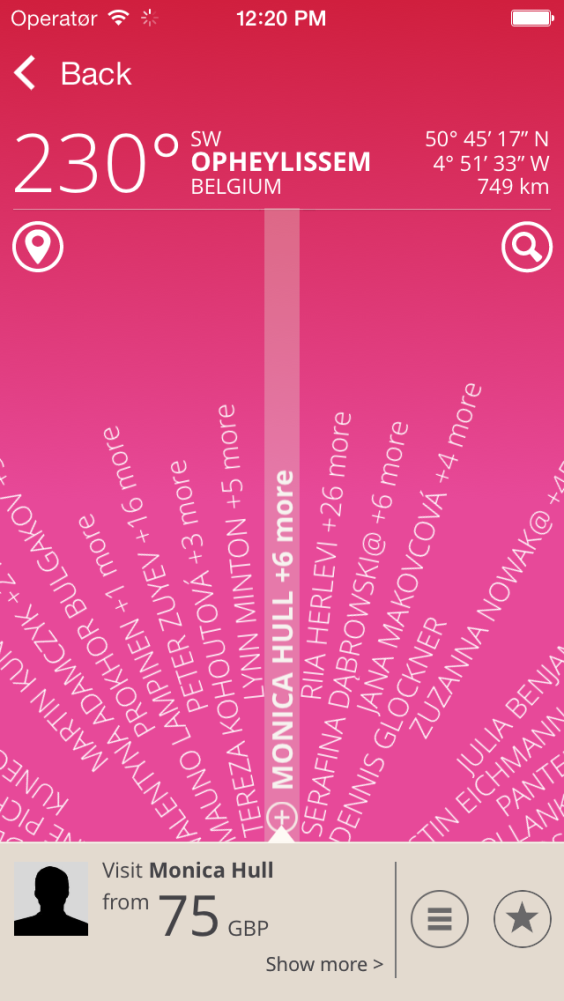 Barely a day passes without a news story emerging online or in a newspaper about a new advance in technology or social media that makes our lives more connected, fun or efficient.
One of the newest kids on the block in this respect is Friend Compass which has been created by travel search engine company momondo. Whilst there are other apps out there that either find flights for you or show where on earth your friends are at that particular moment in time, Friend Compass claims to be the first app that combines both functionalities.
The app will work out what city all of your Facebook friends are in, and then provide you with a list of flights from your current location to theirs.
The first question to ask about this app is, why exactly do we need this type of functionality? Well, with the Global Village seemingly growing smaller all the time, it's not unusual to have friends in a vast and diverse array of different cities and countries.
Now, when you get that urge to go and see them in person, it's that much easier to work out in an instant how much it will cost you and when you can get there. Is it the most important advance in the history of technology? Certainly not, but having tried out the app, it's definitely a very neat idea that is impressively executed.
What are the alternatives though, if Friend Compass doesn't float your boat? Well, as we mentioned above, this is the first app to combine these two functions, so you're going to have to use two separate apps to get the same results.
In terms of location apps, it's probably fair to say that Foursquare is still by far the most popular choice. It's the sort of app that people either love or hate, and we're sure that you know which camp you fall into at this stage, as it has been on the market for years now.
Beyond that, there's surprisingly few other location apps out there. Google actually retired their Foursquare-type offering, Latitude, in the middle of last year, suggesting that enthusiasm for such apps is on the wane. As such, if Foursquare isn't your thing, you may enjoy using Friend Compass as an alternative just for its location functionality.
Overall, Friend Compass is a nicely executed and novel twist on a couple of well established ideas. We don't expect that it will develop into one of those 'must have' apps, but it seems likely that it will find its niche with people who have a large network of friends around the world and like to visit them often. If that's you, then Friend Compass will be a dream come true, and we'd suggest you get over to the App Store or Google Play as soon as possible to get it installed on your device!