A History of Bank Security and Technology 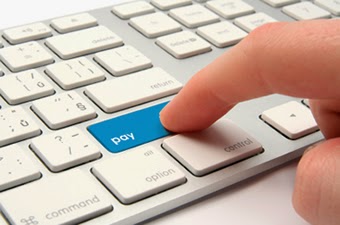 Some 30 years after the first internet banking service was launched by the Nottingham Building Society, one of the central issues faced then, remains to the fore these days: security.

Accessing money online has inherent problems. Once you create a digit al link with another party, the potential exists for that link to be hacked and compromised. What’s more, as increasing amounts of data money and personal details are moved around online, so the temptation grows for increasingly clever cyber-criminals to practice their nefarious skills.

Looking back nowadays, the first online banking system was delightfully quaint. It was called Homelink and was put together by the Bank of Scotland on behalf of customers of the Nottingham Building Society. It relied on the UK’s Prestel viewlink system and a computer. Although transfers were possible (a physical cheque still had to be sent as part of the process), the main benefit of this early system was being able to access bank statements online (well, via a television set).

The next big step came in 1994 when an online banking facility was built into the Microsoft Money application. This gave over 100,000 households access to their bank accounts online. In the same year, the first online banking website was established by the Stanford Union and by 2001, the US was leading the way with over 19 million households accessing their bank accounts online. The mid noughties saw the establishment of direct banks (those that operate wholly online without any physical branches) and in 2007 saw the advent of online banking via smartphones. The new decade witnessed mainstream adoption of online banking and all demographics are enthusiastically carrying out everyday banking via computer devices.

Yet, up until comparatively recently, online security has relied on basic techniques which has involved username and passwords, plus an array of extras such as Chip and Pin, PIN/TAN and telephone confirmation.

As cyber-hackers get more sophisticated, security techniques are now having to be increased. Reliable figures regarding online theft are hard to verify, in 2008 the Federal Deposit Insurance Corporation reckoned that in the second quarter of 2007 alone, there was around $16 million stolen from US accounts via computer intrusion attacks.

However, experts believe that only the latest protection techniques will be able to cope with today’s risk profile and that many of the current tools are outmoded.

Alex Bray, Retail Channels Director at Misys Banking Systems: “Give customers a sense of security. Dispense with additional devices - fobs, card readers etc - they are inconvenient and discourage regular use. Instead, invest in biometric authentication that provides users with rigorous security and is still easy to use.”

The key is to create security systems which are extremely robust, yet will not impede the user experience. Unless this is achieved, online banking’s growth might well be impeded over the coming years and that will hold back all the associated opportunities.

One thing is certain, unless financial institutions and individuals step up their approach to secure online banking, the cyber-criminals will be busy for some years yet.