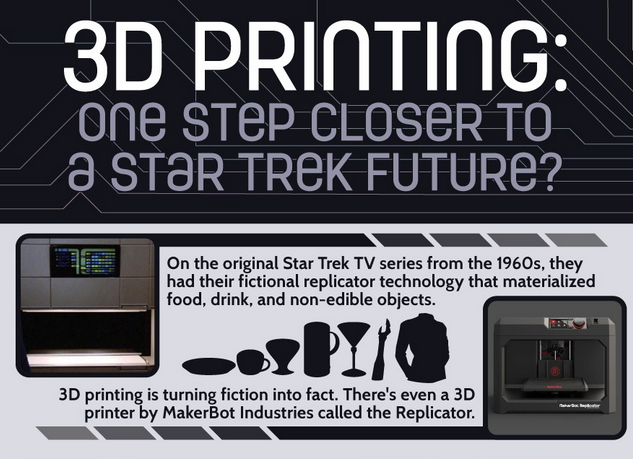 On the original Star Trek TV series from the 1960s, they had their fictional replicator technology that materialized food, drink and non-edible objects. Well…now 3D printing is turning fiction into fact. There’s even a 3D printer by MakerBot Industries called the Replicator. Okay, we’re not quite at the Star Trek level yet, but the number of objects we can “print” is quickly growing, and the list includes useful things such as human organs, limbs and even synthetic food including pizza.Â Chefs probably don’t have to worry about their jobs just yet, as some of this 3D-printed food so far is intended for consumption by astronauts in space — where 30 minutes or free for pizza obviously isn’t an option. As well, 3D printing is in its infancy. In the near future, though, you could very well order something online and have it created in front of you from a home or office 3D printer — not unlike the Star Trek replicator.