The Future For Apps Couldn't Be Brighter 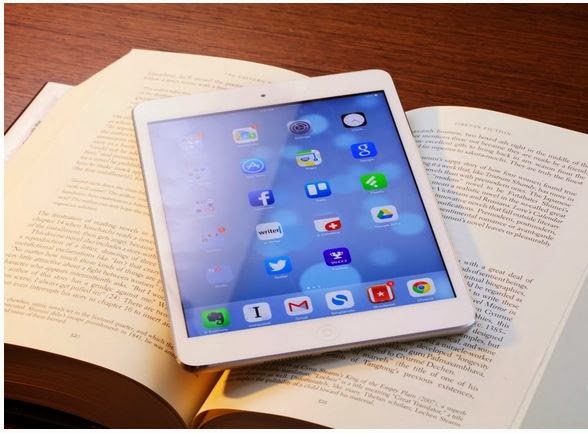 Nowadays it is nearly impossible to find someone who doesn’t have an android smartphone, a windows phone or an iPhone.  These handy gadgets provide us with all all aspects required to make our lives easy and seamless; communication, organisation and even recreation through the games that are available.  Naturally, this massive market paves the road for the introduction of more and more mobile applications, apps for short. Although we may think that there is currently an app for everything we could possible need, the technology only just seems to be getting started.

Where the technological world is today in relation to apps is a lot further than we were five years ago.  The rapid acceleration in mobile technology, more advanced phones and seamless syncing between devices can be accredited to the history of technological  advancement, as observed by Gordon Moore.  He stated that every 18 months, the number of transistors on circuits will double, thereby giving much more computing power.  As well as this, the size of these circuits half in size in the same time period, allowing us to get much more computing power out of much less space.
It is easy to see how we have only just begun to scratch the surface of the possibilities of mobile apps, even though there are already some pretty advanced ones out there.  The blank slate provided with mobile technology is about to open the floodgate into smart apps i.e. apps that use ‘cloud computing’.

Smart apps think, so you don’t have to.  That’s the theory anyway.  Many of today’s apps (although smart apps are making a breakthrough) are quite limited in their capabilities.  They may serve a fantastic purpose, but in terms of what they could be achieving, they are greatly under-achieving.  Valuable information that could make a user’s life so much easier is being discarded by these apps, such as user preferences etc.
Smart apps, on the other hand, will use cloud computing, much in the way that a desktop or laptop may, to remember a user’s previous selections and make browsing much simpler and straight-forward.

As mentioned above, the surface of mobile app development has only just been scratched, and there is a lot of potential to do so much more with it.  Future mobile apps are going to be expected to have the following criteria, as a very minimum:

- They will know the user, based off previous uses
- Predict their searches, again based off what the user has previously searched for
- Use context-based predictions; predicting what the user may want based on the context it is searched for.
A prime example of these Smart Apps is Siri, the iPhone personal assistant.  Undoubtedly she makes life easier and seamless for users, and technology is already pushing and moving on, coming up with more advanced ways to make apps more user-friendly and useful.  With business being so rapid, always on the move nowadays, mobile is no longer simply a medium for you to access the internet.  The internet, in fact, is mobile.

Author Bio:
Written by Alex Girardi, who wouldn't be able to go a single day without checking something on one app or another.