Given the leaps of advancement that television and computer technology has seen over the past thirty years or so, it shouldn't come as a surprise that we are still moving forward and fast! With processor speeds doubling every few years as well as music transmitting digitally it should come as no shock that the 4K television, lauded as the most fantastic image on screen to date, is arriving to the domestic market. Since hearing this news it's almost certain that many of you technophiles are itching to jump up and replace that pitiful excuse of a machine that can now only provide you with lack lustre stimulation. We're being treated to the 4K, or rather 3,860*2,160 (over 8 million pixels overall) LED screen, which has been in the cinemas since 2001 and has also aided in the development of 3D films and television. 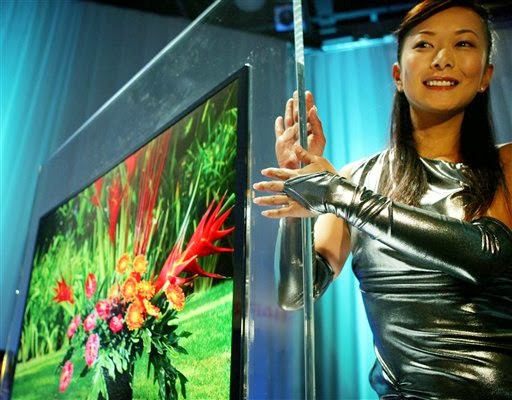 LED screen technology is progressing so quickly that many of us are finding it hard to look at old screens and not wince at the harshness the image now leaves on our retina, oh how our brains adapt to being spoilt. On the flip side however, the technology installed into these new machines, the television can now analyse and improve upon the shows that came before it's own time to increase the quality of the image to a new and unprecedented level! So many classic films will be brought back to our living rooms and given fresh life to them that brings a new sense of awe and excitement that we probably haven't felt since seeing the classics as children; Charlie and the Chocolate Factory, The Wizard of Oz and of coarse the Disney classics of Snow White and the like which will now appear, not only revamped by the Hollywood producers but also by the amazing technology within the machine itself! Although it is only recently this adaptive technology has been introduced to the machine as the television was too advanced for what we were viewing.


It can only get better!

The 4k TV has the potential to improve the experience across all of the entertainment formats due to it's self analysis and improvements of the images that it relays. There are also rumours of an abundance of extra features from; browsing the internet to renting films directly from the menu. Of course gamers have been targeted with the two players on one screen feature (never mind just having the sheer size and improved graphics) that uses polarized glasses for two people to simultaneously view separate images on the same screen. Combine that with the next generation of gaming graphics and we might lose a lot of people. Although this machine is going to be pricey for awhile, those of us with patience will be able to get it at a decent cost. The mobile phone company once ran the iconic campaign “the futures bright, the futures orange”, well now television manufactures can say “the futures bright, but look at our massive HD televisions that'll blur the lines between reality and pixels and blow your mind.”

Author Bio:
Arnold Francis is a self confessed technophile, audiophile and screen junkie.  He loves to write about screens, TVs, cinemas, projectors, computers and full scale, computer rendered simulacra of real and imagined worlds, just 'cause.