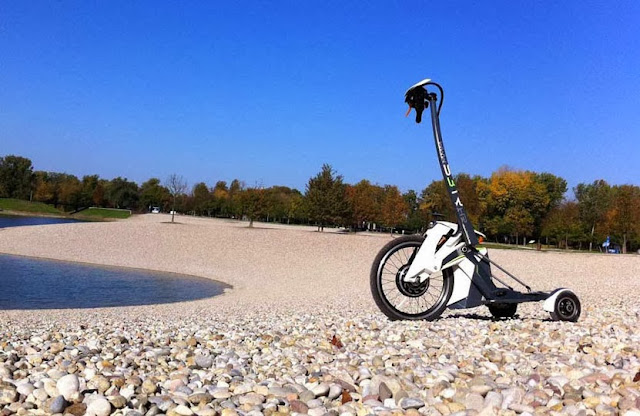 The initial idea was the authors vision of fun, portable and simple vehicle which developed into a project of electric personal commuter. The most important requirement during design phase and also the most demanding to follow, was simplicity of the vehicle itself and all of its components but without negative impact on functionality, robustness and reliability.The second requirement was to include great fun while operating, so the flight-like tilting at turns and some other solutions borrowed from aviation were utilized for that particular purpose.Other important features that came up during the project development phase were the ability to fold as well as customization according to user aspiration.