The Future Of Self-Driving Cars

When someone thinks of personal transportation, the most common and obvious mode that comes to mind is the car. Developments in technology may revolutionize the concept of the car in the near future, as companies scramble to develop the first self-driving cars that won’t require manual navigating. After all, human error is one of the most critical and lethal flaws of personal transportation, with over thirty thousand fatalities yearly from traffic accidents in the United States alone. There is growing evidence that robotic, self-driving cars can be much more efficient and safer than human drivers, as well as the growing feasibility of self-driving cars replacing manually driven automobiles in the immediate future. 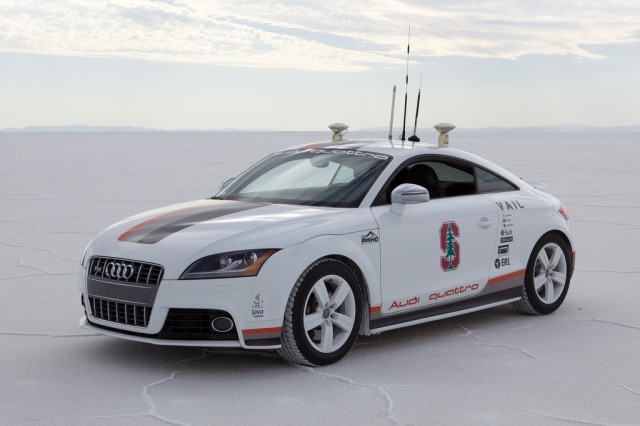 It is estimated that the first self-driving vehicles will be available by 2017, as major automakers are investing heavily to develop the necessary technology to enable this next iteration of the automobile. Google has already developed the software to govern driverless cars, and their prototypes are reported to have already completed 400,000 miles of testing just one reported incident (ironically, the safety incidents that did occur were due to human error in other drivers instead of faulty technology).
Furthermore, it is hypothesized that there will be at least three stages in the deployment of self-driving vehicles. The first will be the initial offering period, forecast in 2017, when self-driving cars are first available for sale but will still require a licensed driver to bear legal responsibility for the actions of the vehicle. This is an important, introductory phase to self-driving cars because of public perception surrounding the technology. It is also the most critical period for self-driving cars, because major incidents can mean that the technology cannot enter future stages for prolonged periods of time.

Stage 2 predicts that the stringent requirements for the human operator and legally responsible operator will gradually wear off as the safety of the self-driven vehicles is confirmed after further testing. This will occur when self-driving cars can truly function as they are intended and allow individuals to participate in other tasks while the car essentially drives itself without guidance. A somewhat more uncertain third stage of the self-driven car involves the transition from private ownership of cars to the development of self-driven cars as a form of public transportation. The feasibility of the last stage would depend largely on government and state policy as well as the variability and diversity of the selection of self-driven cars. However, these possibilities seem further off than the public would like to think, especially since it’s difficult to predict how quickly self-driving cars will catch on or how quickly innovators in this department will be able to address and accommodate this risks.

However, there are also very real risks to self-driving cars that can be predicted even before they materialize. There is the risk of individuals hacking past the security networks of self-driving cars and wreaking havoc on traffic systems, particularly as acts of terrorism. There is also the possibility of individual cars or even networks malfunctioning, such as during emergencies, natural disasters, or power outages. The preparations for such contingencies would have to be extensive in order to prevent any fatalities from such cars.
The risks associated with this technological innovation haven’t stopped researchers, who will continue working tirelessly to make driverless cars a safer, more economical alternative to current methods and hopefully change the way the world uses transportation for the better.