Tuesday, August 20, 2013
You would have to have been living under a rock not to know that changes are afoot with both Facebook and LinkedIn. While half the world bemoans the new newsfeed on Facebook, and the integration of sponsored updates prevalent on LinkedIn, it has to be noted that these changes have come about just at the same time that both companies have grown. Of course, the growth of Facebook is no new thing, but we’ve travelled from a point in time where people were questioning whether or not Facebook had reached its pinnacle a year ago. As far as LinkedIn is concerned, the growth has been remarkable. It has doubled already this year, showing a remarkable surge in its popularity and in its profitability. 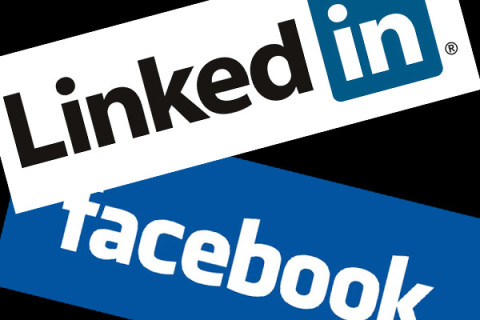 It’s All in the Advertising

There’s no doubt that advertising has had a massive effect on the profitability of both companies. With share prices rising for both companies, it’s clear that LinkedIn’s decision to place ad’s in the newsfeed, and Facebook’s to go newsfeed mobile is going to make their advertising channels more effective and profitable. We know that people tend not to focus on the areas of a computer screen where we expect to find adverts, so placement within the stream of information we all actually want was bound to work. The value on any social network is where the eyes fall, which is exactly where the brands want to be. A standard Google search results page tells a story. All of the natural listings running through the centre of the page, with sponsored listings at the top and along the side. It’s no coincidence that people work so hard and spend so much money working on improving their organic listing results, paying generally less attention to the possibilities hidden away in the pay per click areas.

We’ve Seen It All Before

Interestingly, this clamour for position on a page is not new news. We’ve seen it for a long time on Google’s search results pages, but even before the carnation of the internet, PR companies were spotting opportunities, and attempting to pitch stories to journalists in order to place brands where they knew they would be seen and digested. It was always understood that the most valuable real estate in terms of newspaper and magazine landscape was within the story itself. The best PR companies are still landing great positions for their brands today – and the best ones are doing it online.

It’s the same desire that we saw decades ago in the desire to find the best spot within a newspaper for covert advertising, and it’s the same desire which kick-started the search engine optimisation business, which is taking control at Facebook and LinkedIn. A brand message which is placed within the stream of information that is genuinely desired by the reader is more likely to create action from a consumer, and as such these areas in Facebook and LinkedIn are proving popular and profitable. History is repeating itself, one advert at a time.

Author Bio:
Adam Livermore, a UK SEO Marketing Consultant at Consult 3 is a self proclaimed SEO obsessive, loving nothing more than submersing himself in anything new that is even vaguely related to the industry! In his spare time, you’ll find him online!