We live in a world of ever-expanding technology. What was relatively current one day may be non-existent within only a few short months. While technology is important in all spheres of our lives, it may play an especially crucial role when it comes to the production of automobiles. And in fact, there are a number of new technologies used in cars, trucks, and SUVs that may make driving safer, easier, and more efficient. Understanding each of these new, promising technologies is crucial for those who own their own vehicle. 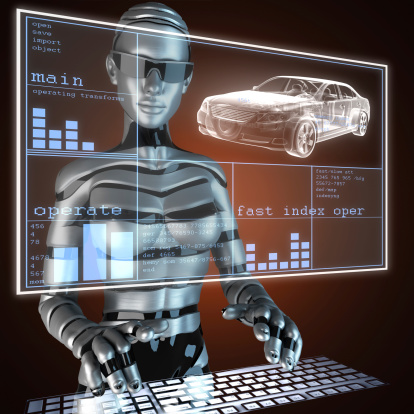 Over the past several years, more and more companies have begun to investigate the use of unique materials in the product of automobiles. Though carbon-fiber composites have gained the most attention, super plastics are also gaining ground. As suggested by the name, super plastics are an unique compound, often fortified with steel fibers. The light weight of super plastics—when combined with their substantial strength—makes them a great choice in regards to both safety and fuel efficiency.

According to Car and Driver, 3-D displays are another important form of technology that will likely be used in cars in the new future. In fact, these 3-D features would not only make navigation easier, but may also be able to assist with more mundane tasks, such as merging into traffic or changing lanes. While there are a number of companies currently experimenting with 3-D displays, Johnson Controls is one of the most well known. With any luck, this company will achieve success with 3-D displays by the next model year.

Filling up the gas tank on a car can be a expensive and stressful process. As fuel costs continue to rise, more and more car manufacturers look for alternative forms of energy. And in fact, cars that run on electricity have become exceedingly popular over the past few years. While most electric cars required home electric hook-ups, some large commercial chains—such as Kohl’s, Macy’s, IKEA, and Walgreen’s have now begun to offer this service to customers, free of charge.

Maintaining safety while on the road is an important concern for any driver. This is especially true for those who hope to avoid t-bone accidents and other, similar events. Recently, more and more car manufacturers have begun to focus on the efficiency and safety of braking systems—specially, those found in hybrid vehicles. Most engineers agree that a unique system called brake energy regeneration may be able to help cars stop sooner, thus preventing serious injury or even possible death.

Research suggests that most accidents occur during periods of inclement weather. This should come as no surprise to most drivers, as low visibility and poor lighting makes driving especially challenging. This danger may soon be eradicated, however, as students at Carnegie Mellon have recently developed technology which may allow drivers to look through raindrops or snowflakes. In theory, this technology could eradicate the dangers associated with driving in poor weather.
Did I leave something off of my list? If so, feel free to share in the comments below.

Author Bio:
Jacob Masters is a freelance writer and author who has worked in the health industry for over a decade. His goal in life is to increase the internet knowledge base one article at a time. He also likes to push the boundaries through his city wide evening excursions as a guerilla gardener.