They're everywhere we go. On the side of the road. Mounted on subway walls. Even on our phones and computers! Thousands and thousands of advertisements constantly bombard us with the latest, greatest offers every minute of every day. Companies throw around some enormous amounts of money to make their names as ubiquitous as possible. In no particular order, here's a look at some of the best known and most expensive marketing campaigns. 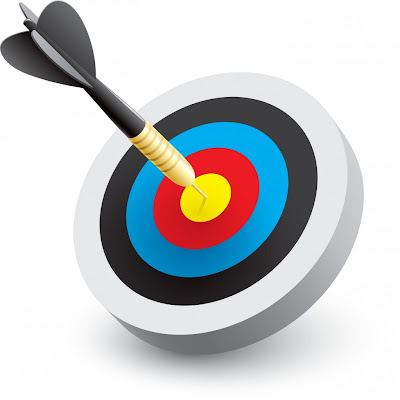 One Way To Pour A Beer

Tipping PointAdvertisement
In 2007, Diageo (parent company of Guinness) made a marketing push that cost it around ten million pounds. Part of this huge media blitz was this memorable gem. Directed by Nicolai Flugslig and using real villagers, this commercial not only advertises the product, but let's the viewer have fun at the same time. The presumed mayor of this little village tips the first domino in a six thousand piece set, which eventually graduates from mere dominoes into larger items like paint cans and tires. As well as cars. And flaming bales of hay.

Live Richly
You probably remember some of these advertisements that were aired between 2001 and 2006. They were emotionally charged feel good adverts that were relatively quiet on mentioning the actual product. They were designed to make you feel reassured that you could trust your bank to be there for you. In reality, they were aimed at convincing you to take out a second mortgage on your home and generated billions in income for the bank.

If this campaign hadn't brought in such huge profits, Citi would have been in hot water. This marketing campaign cost the bank an estimated one billion dollars. That's billion with a "b." Especially considering the notable lack of special effects, explosions, and celebrity endorsements, this is an enormous price for any advertising campaign, but it seems to have paid off!

Boy, this one's a classic. In April of 1985, Coca-Cola modified it's recipe, planning to retire the original concoction forever. Despite an initially open minded public, eventually all hell broke loose. Coke's customer service hotline had phones suddenly ringing off the hook with customer complaints, some of whom were described as sounding as though they were discussing the death of a loved one. Company executives were at first hesitant to admit their mistake, but after Coke's share of the soft drink market dropped to around three percent they were forced to reintroduce the old formula.

Although this idea had some disastrous consequences, it wound up working out for the soda producer. Eventually after reverting back to "Coke Classic," the soft drink giant greatly out sold not only its competitor, Pepsi, but its own failure, Coke II.

Of Course We Needed A Superbowl Ad

More money is spent on advertising during the Superbowl than at any other one time in the United States. Companies are willing to spend millions and millions of dollars for one brief slot during the game. For 2002's championship, Pepsi paid former teen idol Brittany Spears around one million dollars to appear in their ninety second advertisement.
That's not all. This minute and a half commercial cost much more than that. Pepsi shelled out a total of $7.3 million.

Of Course Politicians Need To Advertise, Too

When former Mayor Rudolph Giuliani of New York, NY chose not to run as an incumbent in 2001, Michael Bloomberg stepped up to the plate and ran for the office. Despite the tragic events of 9/11, Bloomberg spent about $62 million.

Author Bio:
Rob Fields is a marketing director and blogger who recently contributed to a guide to top-rated MBA in Marketing degree programs.