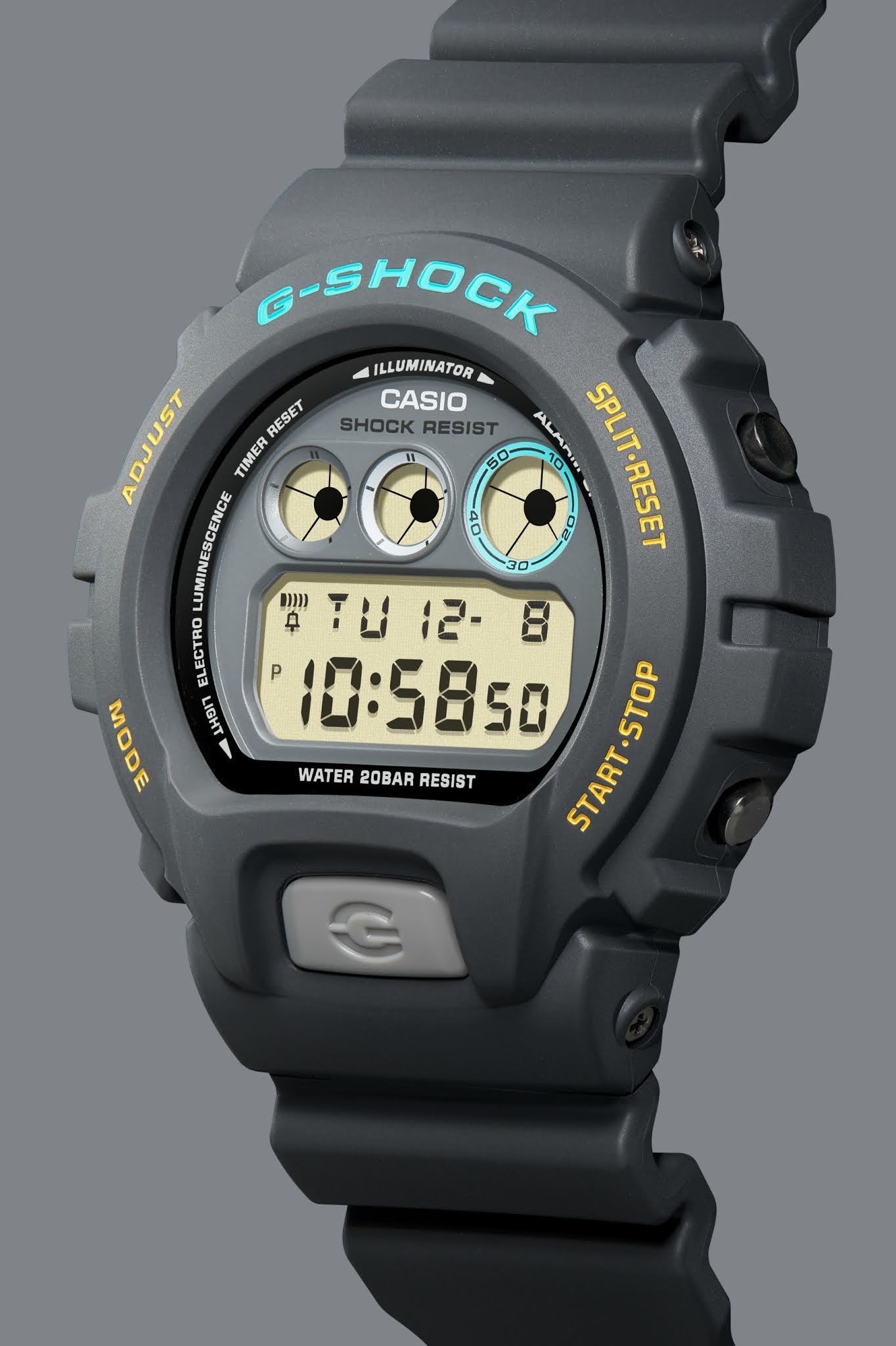 HODINKEE, the preeminent brand for all things watches, is pleased to announce the release of the Casio G-SHOCK Ref 6900 by John Mayer. Done in collaboration with the seven-time Grammy Award winning artist, the G-SHOCK Ref 6900 by John Mayer was designed by the man himself. This limited edition is inspired by the Casiotone SK-5 sampling keyboard that Mayer played as growing up in Fairfield, CT. The Casiotone SK-5 was instrumental in Mayer's musical education, and acts as the design catalyst for this timepiece.

The Ref 6900 is one of the most iconic Casio G-SHOCK timepieces currently in production. It was first launched in 1995 and is revered as the reference that put G-SHOCK on the fashion and streetwear map.

For 25 years, the G-SHOCK Ref 6900 has demonstrated its unique ability to position itself at the intersection of culture and creativity, garnering positive reception across demographics. As such, this made the Ref 6900 the ideal timepiece for Mayer, HODINKEE, and Casio to work on together.

When starting the project, it was very important to establish a sense of authenticity, something done with a purpose. When thinking about that question, John Mayer went back to his relationship with Casio products from his youth to find his starting point, the Casiotone SK-5.

"When Casio approached me about the possibility of working together on a G-SHOCK, it actually timed out really well," said Mayer. "I had already been pretty deep into wearing the 'Mudmaster' models, and something felt cosmically right about a G-SHOCK being the first watch collab I've ever done. Casio keyboards came to mind as much as the watches did. Then I remembered how important the Casiotone SK-5 was in my life, and it got exciting really fast. It's the perfect bridge between my double life as a musician and a watch enthusiast."

The usual aesthetic association of the 1980s involves neo-day glow colors, but during the decade there were some fantastic, subtle, and cool combinations that work well for a modern watch. Looking at the coloration of the Casiotone SK-5,and comparing it to the G-SHOCK Ref 6900 by John Mayer, the inspiration is instantly recognizable. From the overall textured slate gray tone of the case and strap, to the teal "G-SHOCK" at 12 o'clock, to the yellow lettering around the bezel, the G-SHOCK Ref 6900 by John Mayer is a great example of ′80s spin on a modern classic.