Virtual Reality is here to stay 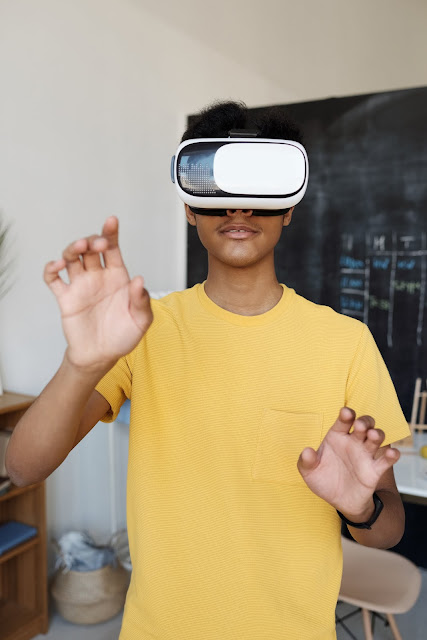 The virtual reality market has been one of the largest growing sectors in the wider entertainment and computing space for the past few years. There are a huge number of applications for this technology, and so it is no surprise to see a wide variety of businesses and sectors take this up and try to use the technology to improve their operations and output. As it gains more and more mass acceptance, virtual reality equipment such as headsets and systems will become cheaper and thus more accessible for companies and individuals.


The scale of growth for this sector can be seen by the fact that the virtual reality market is expected to reach $62 billion globally by 2027, growing at an annualised rate of over 20% between now and 2027. The biggest factor driving this growth is the technology itself, as it allows users to build a simulated environment of their choice for whatever use that they need. For example, we have seen hospitals use virtual reality (VR) and augmented reality (AR) systems to train doctors and nurses for surgery, while it has also been used tentatively by some military forces for combat training. Another potential use is for allowing budding pilots to use VR for flight simulations. At the same time, in the current situation, VR has opened up even more avenues for people to experience places which they cannot go to at the moment. Thus we have seen many famous museums, for example, offering fully immersive VR tours for people at the moment, as they cannot be physically present at those venues. Some other holiday locations have also followed suit. Additionally, sports leagues and organizations are considering the idea of giving fans the chance to feel as if they are back in their favourite teams’ stadiums once again, without leaving the comfort and safety of their homes. For example, we have seen various football leagues resume behind closed doors in Europe, and some of them may bring in VR tech next season to allow season-ticket holders to have some sort of matchday experience. Another area where VR has been doing well is the casino business. Casinos and gambling venues are also closed at the moment due to the global pandemic, and so operators have had to think of new and innovative ways in which to keep their customers engaged. VR has emerged as a good solution to this problem, and so we have seen many online real money casinos offering the chance for customers to use VR headsets and be transported onto the casino floor once again, with immersive casino games making it feel as if you are inside the casino once again.


These were just some of the current and potential applications of the technology. With the rise in smartphone usage all over the world, they have emerged as the primary way of delivering any digital content to users, and it is the same with VR as well. However, while there are quite a few VR headsets for retail use out there, the commercial and industrial applications of this technology will not be served through smartphones, and so companies are developing much more immersive and detailed VR systems to be used in a commercial setting.


Moreover, the current global scenario has made VR even more important, as it can allow for a lot of work to be done from employees’ and workers’ homes without having to be physically present at the location. Thus, it will be interesting to see how the technology and its availability evolves over this time period, but with so many potential uses, it can be safely assumed that VR is here to stay.