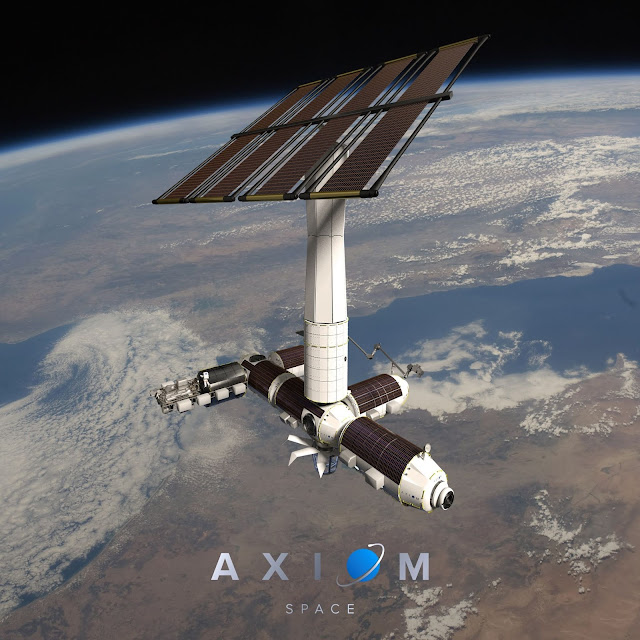 The human dream of universal access to living and working in space has drawn one step closer.

On Monday the National Aeronautics and Space Administration selected Axiom Space as the winner of the NextSTEP-2 Appendix I solicitation, which sought to grant access to the International Space Station's Node 2 Forward port for a commercial space station that could ultimately serve as ISS' replacement.

Co-founded by stalwart space entrepreneur Dr. Kam Ghaffarian and former NASA ISS Program Manager Michael Suffredini, both of whom have in excess of 35 years of human spaceflight experience, Axiom plans to launch a node module, research & manufacturing facility, crew habitat, and large-windowed Earth observatory to form the "Axiom Segment" of the ISS. This new commercial platform will significantly increase the usable and habitable volume of the ISS, provide for novel avenues of research in areas such as isolation studies and Earth observation, and allow a gradual transfer of the innovative work being done on-station to prevent interruptions when the ISS is ultimately retired. 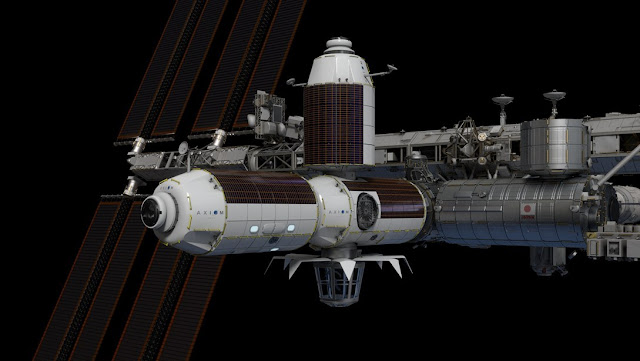 The company targets launch of the first module in the latter half of 2024.

"We appreciate the bold decision on the part of NASA to open up a commercial future in Low Earth Orbit," Suffredini said. "This selection is a recognition of the uniquely qualified nature of the Axiom team and our commercial plan to create and support a thriving, sustainable, and American-led LEO ecosystem.

"Axiom exists to provide the infrastructure in space for a variety of users to conduct research, discover new technologies, test systems for exploration of the Moon and Mars, manufacture superior products for use in orbit and on the ground, and ultimately improve life back on Earth. As we build on the legacy and foundation established by the ISS Program, we look forward to working with NASA and the ecosystem of current and future international partners on this seminal effort."

Ghaffarian founded Stinger Ghaffarian Technologies, which rose to become NASA's second-largest engineering services provider, training NASA's astronauts and operating the ISS. These functions are now carried on by KBR, which bought SGT in 2018 and joined the Axiom team as a subcontractor on the winning proposal.

"A commercial platform in Earth orbit is an opportunity to mark a shift in our society similar to that which astronauts undergo when they see the planet from above," Ghaffarian, Axiom's executive chairman, said. "Our goal is to advance the state of humanity and human knowledge. I am glad to see the Axiom team, with its advanced human spaceflight, engineering, and operations expertise, recognized for its potential to do just that and build off of ISS."

Axiom was founded in 2016 with the purpose of expanding human civilization into Earth orbit. In addition to building and launching the Axiom Segment, the company will launch crewed flights to the ISS and later the ISS/Axiom complex at a rate of about two to three flights per year. Shortly before ISS is retired, Axiom will launch its large power platform to provide the Axiom Segment power and cooling that ISS previously provided.

When the ISS reaches its decommissioning date, the Axiom Segment will detach and continue as a free-flying, internationally available commercial space station. This station will have been built at a fraction of the cost of ISS, the elimination of whose operating costs will enable NASA to dive headlong into a new era of exploration.


"There is a fantastically steep learning curve to human spaceflight," Suffredini said. "The collective experience at Axiom is quite far along it. Because we know firsthand what works and what doesn't in LEO, we are innovating in terms of design, engineering, and process while maintaining safety and dramatically lowering costs."