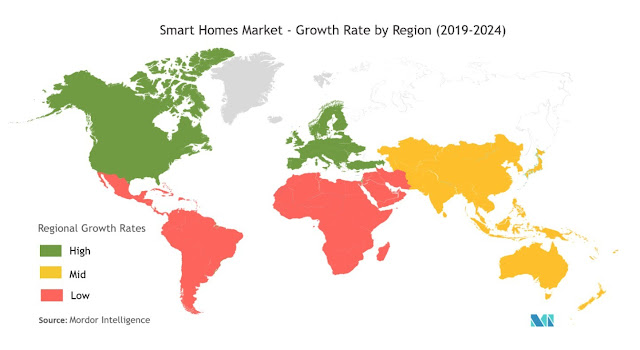 According to new market research report by Mordor Intelligence, the market for Smart Homes is expected to grow at a CAGR of 25% during the forecast period. Globally, the increasing importance toward the need to counter security issues is anticipated to fuel up the demand growth for smart and connected homes. The smart home system requires a smartphone application or web portal as a user interface, to interact with an automated system. The scope of this study includes an analysis of the devices that can be controlled by switches, timers, sensors, and remote controllers, apart from other control devices.


Smart HVAC Systems is the among the Most Significant Contributors to the Market. Key Trends Include: 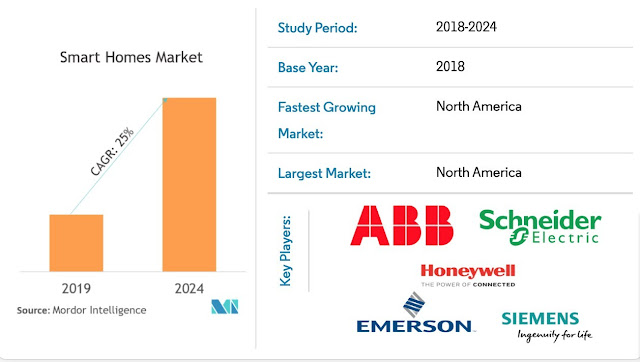 
Mordor Intelligence has segmented the Smart Homes Market on the basis of Product Type and geography: