Neuron EV Drives into the Spotlight at CIIE 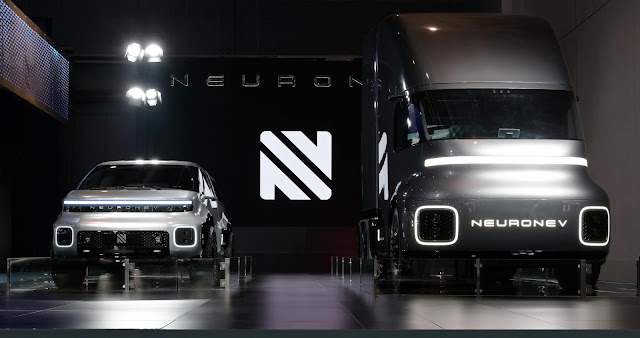 Attendees eager to catch a glimpse of the visionary automotive company's new offerings gathered at their glossy black and silver stage situated next to the booths of Ford and Tesla.

Neuron's global unveiling of two new stunning electric vehicles also sparked attention from major media outlets including Xinhua News, the largest and most influential media organization in China, as well as the largest news agency in the world in terms of correspondents worldwide.

The EV company from California said they felt honored and welcome, and that while they had initial concerns about the language barrier, their products represented themselves, and the audience naturally understood their mission and created a deeper engaging atmosphere.

An early survey revealed that a majority of the people in attendance were willing to pay a premium to reserve the Neuron EV T-ONE. The respondents were mostly attracted to the exterior/interior design, interior spaciousness, and its potential use as a business vehicle.

"It was humbling to receive an overwhelmingly positive response to our brand," said Neuron EV Brand Specialist Casey Hyun. "We received a tremendous amount of interest including customers who wanted to place an order immediately for both vehicles. Various automotive exhibitors frequently visited our stage with compliments."


Neuron EV created a refreshing differentiation in vision, brand, and product among automobile organizations which were already known to the crowd, and people were pleasantly surprised to discover Neuron.

"There was a genuine connection between Neuron and the audience," said Neuron EV Spatial Designer Lydia Li. "It was clearly visible and fulfilling to be in the spotlight because of our down-to-earth approach to the future of sustainability. We were simply being ourselves. It was exciting to be a part of this historical moment for our company."


Neuron EV will relocate to the Hongqiao Import Commodity Exhibition and Trade Center to display their vehicles after CIIE, with the exhibition opening to the public starting December 2nd.