The Neutrino Energy Revolution is Around the Corner 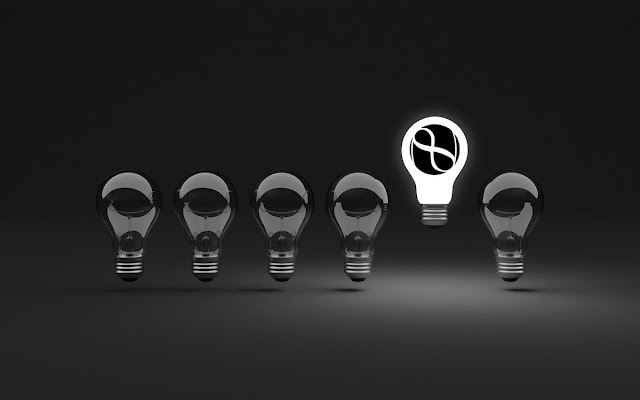 Before the latest breakthroughs, energy researchers didn't have enough information to counter the prevailing sentiment. The science pointed to one conclusion: The use of neutrinos is an impractical answer to the current energy crisis because we'll never gain the capability to harness and convert them. Even if we did find a way to do so, it wouldn't matter much because neutrinos don't provide a fraction of the energy that we need. Today, however, voices of dissent are loud and growing for good reason. These seemingly immaterial particles have mass. Therefore, in due course, they can be used to revolutionize the way in which we power not only our favorite electronics but also our cities' electrical grids.


Neutrino Energy and Its Beginning
In 1930, neutrinos caught the attention of a theoretical physicist named Wolfgang Pauli. However, they were officially detected in 1955 by Clyde Cowan and Frederick Reines. With fossil fuel emissions giving rise to an unavoidable pollution problem, experts around the world quickly became interested in the power of neutrinos. 2015 was a good year for everyone who was hoping to see an energy revolution because that was the year when two prominent scientists discovered that neutrinos have mass. Scientists at the University of Chicago wasted little time with answering the one question that was still on the table: Yes, the energy produced by flying by neutrinos can be converted in kinetic energy and used.


The Meaning of Neutrino Mass

There's not one moment when we're left alone. Trillions of neutrinos flow ubiquitously, traveling as fast as the speed of light. Fortunately, the particles pass through our bodies without causing us physical problems. Because it's impossible to see them with a naked eye, scientists rely on sensitive equipment and material to detect them. For decades, they have also measured the neutrino energy, but this fact didn't stop skeptics from scratching their heads. Such people want proof. To satisfy their curiosity, the Neutrino Germany GmbH group responded by developing a device that's capable of converting neutrinos into energy.


The Neutrino Energy Revolution Is Around the Corner

To get a good idea of the device that was created, you should think about a solar cell. Solar cells utilize the photovoltaic process, transforming sunlight into electricity that can power your home and charge batteries. However, these cells operate only during the day when the sun is out and shining bright. A neutrino device, on the other hand, has the ability to generate energy regardless of the time of day. It also can do its job whether it's placed on the Earth's surface or deep within the Earth's soil. Neutrinos penetrate solid rock. For this reason, you can assume that nothing will stop such a device from revolutionizing the energy sector once and for all. If this is the case, you can say goodbye to certain energy companies.

Plus, you can look forward to breathing in cleaner, healthier air. Neutrino devices will slowly but surely counteract the pollution problem we face. With Holger Thorsten Schubart leading the way, researchers from abroad are exhausting the available resources to produce the first line of devices that utilize neutrinos.

When the first neutrino-based devices hit the market, what can you expect? They will more than likely target electronics that require minimal power, so anticipate seeing neutrino products for smartphones. You won't have to use a battery charger once you have a smartphone that runs on an endless supply of neutrino energy. Therefore, you'll be able to talk to your friends and loved ones for hours on end because the battery will stay at 100 percent.

Improving your electronics isn't the be-all and end-all of the Neutrino Germany GmbH group. The scientists and researchers have bigger and better plans that will benefit end users and consumers as well as drivers. The next innovative step entails enabling electric cars to charge themselves. Because neutrinos never stop flowing, your vehicle will constantly receive the power that it needs whether it's running or stationary. This means you'll get to drive as far as you want on any given day.

Lastly, the Neutrino Energy Group is on a mission to help the owners of residential and commercial properties. Can you imagine the amount of savings you would enjoy if your entire home or business was powered by neutrino energy? If this happens, you'll wish neutrinos were harnessed years ago.


Fossil Fuels a Thing of the Past

Heating homes without using natural gas will be a snap once neutrinos are controlling our climate control systems. In the long run, this energy will render gasoline stations and batteries less important, and it will give manufacturers a better way to mass-produce the things we love, the products we want and the items we need.

Have you ever wanted to live your life off the grid? You'll have your chance as soon as every home is outfitted with a neutrino energy cube. While power lines and transformers waste electricity, the cube will send the neutrino energy to your home's electrical systems without a hitch.


The Wait Is Over: The Neutrino Revolution Is Approaching

In the near future, we'll be benefiting from neutrinos instead of asking questions about them. How many global conflicts have transpired due to oil and gas reserves? The answer is too many, so it helps to know that implementing neutrino energy will take the focus off fossil fuels. We just have to be patient. Science is gradually allowing us to make revolutionary changes that will improve our quality of life now and in the future. If today's political leaders take steps to spur the neutrino energy revolution, the current energy crisis will come to an end much sooner.