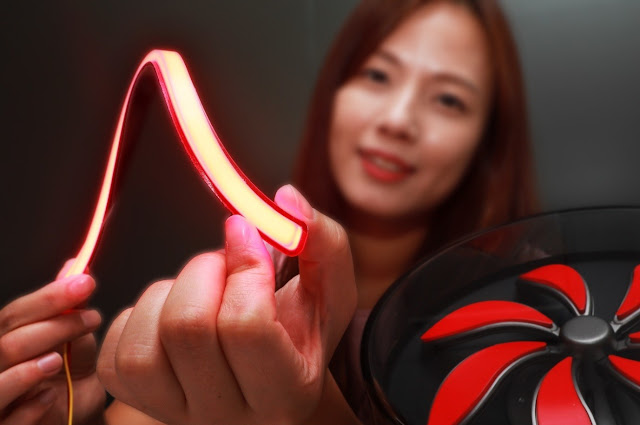 LG Innotek announced today that it has developed "Nexlide-HD (High Definition)", a flexible three-dimensional lighting for cars that emits bright and uniform light from five directions for the first time in the industry.

It is an automotive lighting module made by attaching a number of LED packages to a thin substrate. It is a hexahedron that gently curves like a rubber and mounted on the exterior lamps, such as daytime running lights (DRLs) and tail lights. 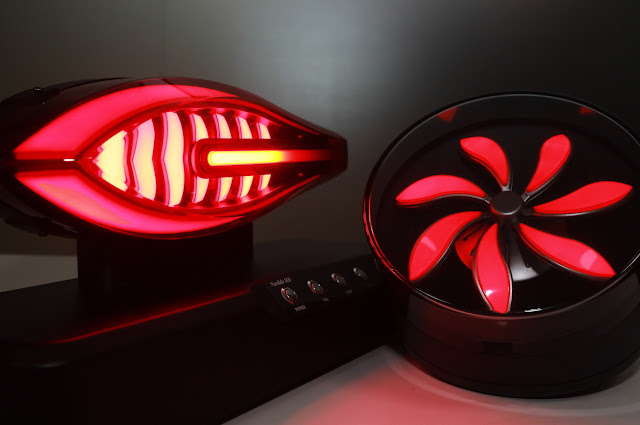 Industry's first, "Nexlide-HD" emits uniform light from five directions except the substrate contact surface. The company applied the LED packages, which spreads light around 180 degrees, and a proprietary optical design technology to the product.

Former products use ordinary LED packages, emitting light at a limited angle of 100 degrees above. In addition, they need separate components to produce a uniform light.

"Nexlide-HD" enables the production of unique lightings with various designs such as straight lines, curved lines, waves, and three-dimensional figures. The module can also be cut into thin pieces and combined into blocks to create floral patterns and more. The flexibility of the module is doubled so that you can form it into different shapes by using silicon. And it also produces smooth, seamless light from various angles and shapes.

This product can be applied to the tail lights as well as DRL on the front of the vehicle. DRL require brightness of 400 candela (unit of light source brightness) above so that they can be recognized even in the daytime. LG Innotek has raised the module's maximum brightness by applying a 5-sided stereoscopic lighting technology.

In addition, "Nexlide-HD" can be used to produce slim lighting and reduce the thickness of automobile lamps by up to 70%. This is possible because there is no need for extra components in the module, such as an inner lens, to make the light uniform.

The company holds a total of 30 domestic and overseas technical patents related to this product, and already has a production base as well as a quality control base.

A representative from LG Innotek said, "Nexlide-HD is an innovative product that has evolved the vehicle lights one step further." He also said, "We will continue to show products that can enhance the design, quality and stability of vehicle lights."