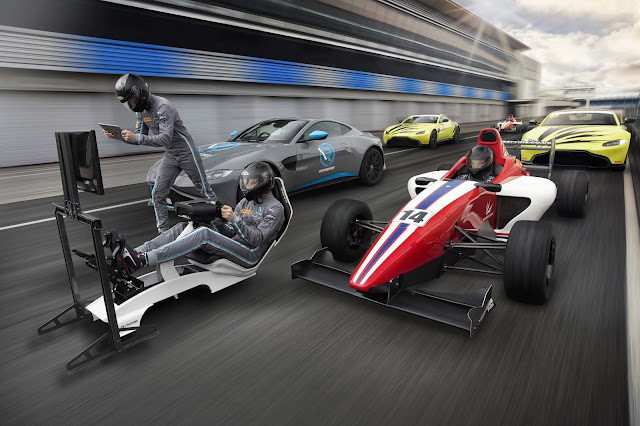 World's Fastest Gamer season two will bring together ten of the fastest esports racers on the planet to battle it out to win a year of racing for real at some of the world's most iconic circuits.

The winner will become a professional driver and race Aston Martins with R-Motorsport at iconic circuits including Monza, Paul Ricard, Brands Hatch, Nurburgring, and in the Spa-Francorchamps and Daytona 24 hours.

Eight finalists come from the biggest esports racing championships of 2019. Two more will enter via wildcard qualifiers held in the coming weeks, one exclusively on mobile on the Gear.Club app, the other online on rFactor 2.

Finalists will undergo rigorous selection trials in the UK with the top six flying to R-Motorsport's HQ in St. Gallen, Switzerland. Two will go through an intensive four-day set of challenges and will compete in an on-track shootout at the Hockenheim finale for Germany's "Deutsche Tourenwagen Masters" – DTM.

Head judge Juan Pablo Montoya and WFG season one winner Rudy Van Buren will decide who has what it takes to claim the prize worth more than $1 Million.