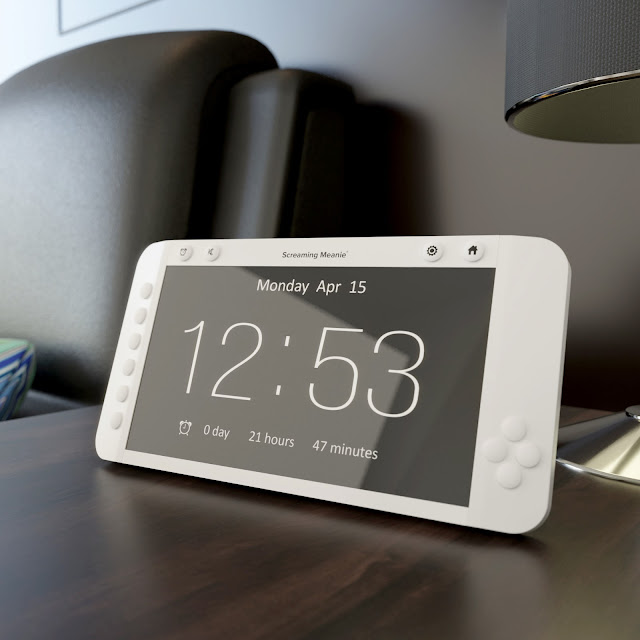 Screaming Meanie, one of the world leaders in alarm clock manufacturing, announces their next big innovation: Forte. Having sold millions of clocks, they are now launching a Kickstarter for their latest invention, Forte. It is set to drastically change how modern alarm clocks are perceived—and the 100db alarm is just one of its many features.

For a quarter of a century, the team at Screaming Meanie have been chipping away at creating the definitive modern day alarm clock, one product at a time. Forte is their latest—and greatest—invention. This ear-splitting alarm clock, stuffed with all the modern day features people expect (such as layout customization, sleek reminder icons, and a friendly user interface), wakes you not with a whimper but a bang. The Forte is big, bright, and true to its name. Its dedicated cult following call it the "alarm heard 'round the world," and Alex Liu, the CEO of Screaming Meanie, has embraced the hype.

"The idea here was to take the traditional alarm clock concept to the next level," said Alex. "To venture where no clock has gone before. Forte is for everyone who has ever struggled to wake up. The groggy teen, the snooze-button addict, the senior citizen whose hearing went twenty years ago. It has always been our goal to make an alarm so loud that you wanted to wake up to turn it off."

Crowdfunding is slated to start early August. From its hardcore fanbase, Screaming Meanie has once again proven that dedicated alarm clocks are still relevant in an age of smartphones.

Early bird backers can get Forte now for $60 on Kickstarter here: https://www.kickstarter.com/projects/screamingmeanieforte/forte-the-smartest-and-loudest-alarm-clock , and final release to the public is slated for January 2020.