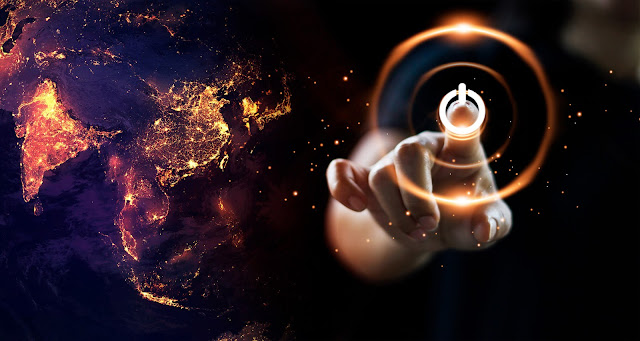 While neutrinovoltaic technology is one of the newest forms of energy production, Neutrino Energy Group is pleased to announce that this paradigm-shifting technology is already making waves around the world. Derived from combining the words "neutrino" and "photovoltaic," neutrinovoltaic technology produces electrical energy from the ghostly neutrinos that bombard everything by the billions during every moment of every day. But what are neutrinos, and is it really possible to harness these ethereal particles to generate electrical energy?


Neutrinovoltaic: The Evolution of Photovoltaic Technology

While the meaning of "photovoltaic" is commonly known, the term "neutrinovoltaic" has most people scratching their heads. But then again, it took almost 50 years for photovoltaic, or solar cells, to enter the mainstream. To most, neutrinovoltaic technology is unknown right now, but this energy source of the future will play a bigger and bigger role as time goes by.

Unlike photovoltaic cells, which only operate when they're struck by direct sunlight, neutrinovoltaic technology can operate anywhere at any time. These energy sources work inside, underground, or any other place you can imagine. While photovoltaic cells stop working at night, neutrino energy devices keep on going 24 hours a day.

In 2015, Japanese and Canadian physicists discovered independently that neutrinos have mass, and ever since, the race has been on to develop workable neutrino energy technology. Since neutrinos pass through our bodies and everything else without leaving a trace, it's natural to discount these particles as useless. Everything that has mass has energy, however, which means there's already proof that neutrinos can be used to derive energy.

Much like water turns a water wheel or wind moves a wind turbine, certain materials can "interact" with neutrinos as they pass by. As a result, some of the energy contained in an impeded neutrino is passed on to the molecules of the "interacting" device, and with the right technology, this kinetic energy can be amplified and transformed into an electrical current. Every second, over 60 billion neutrinos strike every square centimeter on the Earth, which gives a clear idea of the sheer potential of neutrino technology.


About the Neutrino Energy Group

The Neutrino Energy Group is a partnership of American and German scientists who are dedicated to unlocking the true potential that neutrino energy has to radically transform every aspect of everyday life. Since this group's goal is to harness invisible radiation spectra to generate energy, these efforts are well-timed within an economic and political climate dominated by the problems posed by reliance on fossil fuel energy sources.

This group of leading energy scientists has succeeded in creating a revolutionary material that harnesses the energy of passing neutrinos and converts it into kinetic resonance. By affixing incredibly thin layers of graphene and silicon to a metallic substrate, the researchers and engineers at the Neutrino Energy Group have developed a material dense enough to capture some of the energy carried by passing neutrinos. Using this patented material, the Neutrino Energy Group has already made the first-ever neutrino energy cells.

When neutrinos hit these nanoscale graphene and silicon layers, the silicon layers emit horizontal kinetic pulses, and the graphene layers emit vertical kinetic pulses. As long as the layers of the two materials are perfectly proportioned, the atomic vibrations that these pulses cause become a harmonic resonance. Next, a device transforms this kinetic energy into electricity.

The shorter distance energy has to travel, the more of it is retained. The Neutrino Energy Group envisions a future world in which all electrical appliances have their own internal neutrino energy sources, eliminating the need for cables and chargers. Within the next few years, the Neutrino Energy Group expects to produce energy sources capable of operating smartphones and other devices with low electrical consumption, but in the future, even cars and heavy industrial machinery will be powered with nothing more than neutrino energy "collected" from thin air.


Expanding the Energy Supply and Protecting the Environment

Holger Thurston Schubart, the CEO of the Neutrino Energy Group, firmly believes in the ability of this technology to change the world as he knows it. In Germany, however, resources for pursuing this next-generation energy source are minimal, which is why Schubart is reaching out to innovators and investors from around the world to help make the dream of neutrino energy become a reality. In the future, international cooperation will be the key factor in making neutrino energy available for widespread use.

Schubart also understands that things can only continue the way they're going for so long. While nobody knows how many fossil fuel reserves remain untapped, alarmists have been warning of the impending "peak oil" crisis since the 1970s. What is known for certain, however, is that fossil fuels are limited resources, and they cause immense environmental damage that is destroying wildlife and reducing quality of life around the globe.

In addition to environmental challenges, reliance on fossil fuels makes the whole world dependent on countries like Russia, Iran and Saudi Arabia, which have some of the largest fossil fuel reserves. We've already learned so much about Neutrino energy during such a short time, and Schubart believes it's high time to apply this knowledge in the public arena.

However, Schubart laments the degree to which the public has been left in the dark regarding the potential of neutrino energy. Unlike neutrino energy cells, human minds can't operate in the darkness of ignorance, so it's necessary to spread the word about how neutrino energy technology can solve present-day energy problems. According to Schubart, the answers to today's energy crises are above us, not hidden deep underground.


The Research Is Catching Up

While countries like the USA are leading the charge when it comes to the neutrino energy revolution, Schubart's home country of Germany remains behind the curve. Other nations appear to be firmly committed to using the potential of neutrino energy technology to solve practical problems, but Schubart is concerned that Germany is spending too much money on neutrino pet projects that aren't resulting in usable technologies.

According to Schubart, the pursuit of neutrino energy technology is something that can unite the whole world. Gaining the power of neutrinovoltaic energy would naturally reduce barriers between people and unleash the power of human ingenuity into the cosmos.

It's clear humanity has come a long way in the 21st century so far. Twenty short years ago, nobody could have imagined the incomparable luxury of having a supercomputer in your pocket. Likewise, laser technology is now commonly used in medical applications, and these innovations have greatly increased the standard of living worldwide.

When it comes to energy, however, Schubart believes that the human race is hopelessly behind the times. Even with the power of smartphones at our fingertips, Schubart likens the current state of energy technology to the archaic process of standing in a phone booth and dialing a rotary phone whenever you want to make a call. Unlike old-school phone booths, however, our antiquated reliance on fossil fuels for energy could spell the doom of every man, woman, and child on the face of the Earth.

Former magister Gernot Spanninger is an unlikely hero in the saga of neutrino energy. Citing the fact that we have no idea when fossil fuels will run out, Spanninger is urging the people of the world to take action on neutrino energy sooner than later. In addition to the grisly specter of climate change, resource scarcity is a huge problem in the contemporary energy industry, and the only choice is to move on to clean, reliable sources of global energy.

While awareness of energy scarcity and the negative effects of fossil fuels is steadily increasing, Spanninger, who holds a key role in the Neutrino Energy Group, believes that this topic can't be touched on often enough. Clearly demonstrating the need for the neutrino energy evolution is the key to ushering neutrinovoltaics into the mainstream, and Spanninger cites the current Global Risks Report as his evidence that change needs to come quickly.

As climate change continues to make weather more extreme, humanity will be in ever-greater need of reliable sources of energy to counter these climatic changes. To secure a future for the generations to come, there's no excuse not to pursue clean energy solutions as vigorously as possible. According to Spanninger, neutrinovoltaic technology is the best solution to today's energy crises. In addition to offering an endless source of free energy, neutrinovoltaic technology is also decentralized, which will allow each family to live life freely according to their morals and ambitions.

Find out more about Neutrino Technology