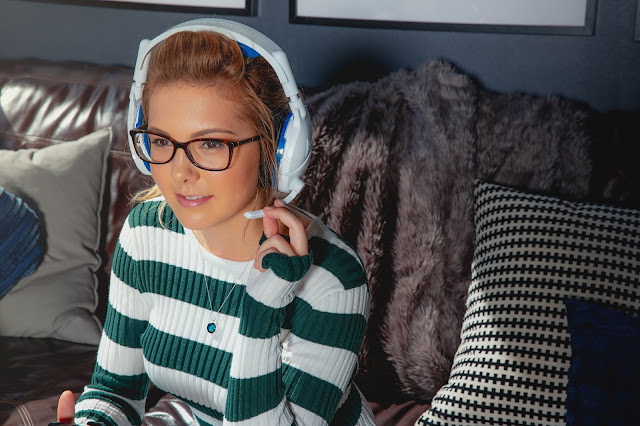 Leading gaming headset and audio accessory brand Turtle Beach (Nasdaq: HEAR) today announced its highly-acclaimed Stealth 600 gaming headset for Xbox One and PlayStation®4 is now available in white. Originally planned as an early 2019 product, Turtle Beach has made the new color option of the Stealth 600 – North America's best-selling wireless gaming headset of 20181 – available ahead of schedule as a special gift for fans still searching for a great gaming gift for the holidays. The Stealth 600 White offers gamers groundbreaking wireless connectivity and immersive surround sound, plus Turtle Beach's unique ProSpecs™ glasses-friendly and comfort-driven design, as well as the company's exclusive Superhuman Hearing™ sound setting that gives players a competitive advantage, and much more. In the U.S. the Stealth 600 White for Xbox One is available for a MSRP of $99.95 exclusively at GameStop and www.turtlebeach.com with wider availability planned for early 2019, while the PS4™ version is available at participating retailers. In Europe, the Stealth 600 White is available for pre-order at participating retailers starting tomorrow, December 13, 2018, with plans to launch in February 2019. Full Stealth 600 White details can be found below. 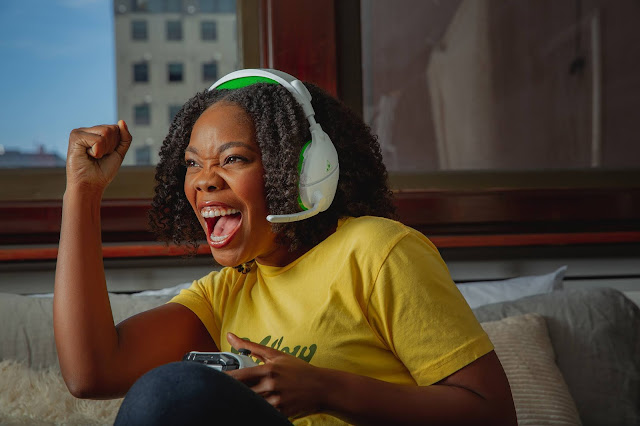 "It's hard to compete with what the Stealth 600 offers in terms of performance and comfort for what you pay, so we're excited to now offer it in white as we know our fans appreciate more color options," said Juergen Stark, CEO, Turtle Beach. "The Stealth 600 in white or black is a great option for any gamer, and has remained this year's top-performing model because it delivers an attractive blend of wireless connectivity, high-quality audio, unmatched comfort, and powerful features at an amazing price."


The combination of the Stealth 600's features and appealing price have earned numerous positive reviews from both gamers and a variety of gaming, technology, and entertainment publications alike. A review of the Stealth 600 by Wired calls it, "…one of the best wireless headsets you can own on PS4 or Xbox One at a price that's easy to stomach." The Stealth 600 White comes loaded with a variety of features and functionality, all designed to help gamers perform better on the digital battlefield.

Wireless Game & Chat – With Xbox Wireless, gamers on Xbox One can connect their Stealth 600 directly to the console just like an Xbox Wireless Controller – no wires, no base station, and no adapter needed. On PS4, the included USB transmitter connects the headset to the console using the latest smart, channel-hopping technology.
Immersive Surround Sound – On Xbox One the Stealth 600 is optimized to deliver immersive Windows Sonic for Headphones Surround Sound, while the Stealth 600 for PS4 uses Turtle Beach Virtual Surround Sound to bring your games, movies and music to life.
Glasses-Friendly – Turtle Beach's unique ProSpecs comfort-driven design removes pressure on your glasses while you play.
Powerful 50mm Speakers – Large, powerful 50mm over-ear speakers produce crisp highs and thundering lows.
Flip-up Microphone – Turtle Beach's renowned high-sensitivity mic picks up your voice loud and clear, plus flips up out of the way to mute and blends into the headsets' design when not in use.
Superhuman Hearing™ – From quiet footsteps sneaking-up from behind to enemy weapon reloads just before an ambush, Superhuman Hearing™ lets you hear it all.
Independent Game & Chat Volume Control – Find the perfect balance between game audio and chat audio. Available on Stealth 600 for Xbox One only.
Mic Monitoring – Hear the volume of your voice inside the headset so you never have to shout.
Audio Presets, Including Bass Boost – Customize the way your game sounds with four audio presets, including Bass Boost.
All-Day Battery Life – Enjoy up to 15 hours of gaming per charge.

For more information on the Stealth 600 White wireless gaming headsets for Xbox One and PS4, as well as the latest Turtle Beach products and accessories, visit www.turtlebeach.com and be sure to follow Turtle Beach on Facebook, Twitter and Instagram.