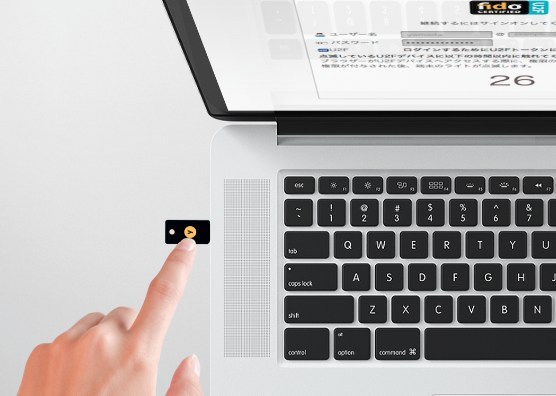 From law firms to insurance companies, CloudGate UNO is trusted by over 1,500 organizations and 750,000 users and is currently one of the leading IAM solutions in the Japanese market. The CloudGate service enforces strong authentication that goes beyond username and password, and allows organizations to use offerings such as FIDO U2F authentication and biometric authentication to further secure access to the cloud.

"The partnership between ISR and Yubico started in 2014, with both companies working closely to bring strong authentication to Japan, starting with OTP, later FIDO U2F and now FIDO2. CloudGate UNO will start supporting FIDO2 as part of the service's MFA authentication lineup. In tandem with CloudGate UNO support for FIDO2, we are pleased to announce that ISR will distribute the recently released YubiKey 5 Series which supports FIDO2," said Raul Mendez, CEO and founder of ISR.


The YubiKey 5 Series, developed by Yubico, is comprised of four multi-protocol security keys: YubiKey 5 NFC, YubiKey 5C, YubiKey 5 Nano, and YubiKey 5C Nano. The keys are multi-protocol in design and now introduce FIDO2 support in addition to several other authentication standards including: FIDO U2F, smart card (PIV), Yubico OTP, OpenPGP, OATH-TOTP, OATH-HOTP, and Challenge-Response. All of these features are supported on a single device. The YubiKey 5 NFC is also new to the series, incorporating support for all protocols over USB and NFC (near field communication) for new user experiences like tap-and-go authentication across desktop, laptop and mobile with FIDO2.

"Since Yubico and ISR's partnership began in 2014, ISR has promoted the YubiKey as CloudGate UNO's supported hardware authentication device. With many CloudGate UNO users utilizing the security features and benefits of YubiKeys, we look forward to the rollout for FIDO2 support," said Stina Ehrensvard, CEO and founder of Yubico.