The Era of the 'Homo Electricus' and Neutrino Energy 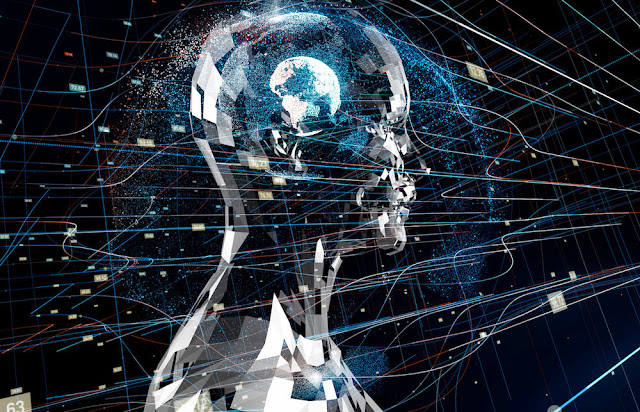 In this era of "homo electricus," life without electricity is completely unconceivable. But how is this energy to be generated? At the present time, scientists are working on a new form of technology which will revolutionize mankind's struggle to meet its energy needs: Neutrino Energy Harvesting Systems that are able to render conventional batteries obsolete. Ultimately it will be possible to power all electrical devices through the use of this technology. "Neutrino energy is the perfect power source," emphasizes Holger Thorsten Schubart, CEO of the Neutrino Energy Group.

The Internet of Things (IoT) is a general term that refers to an infrastructure in which physical and virtual objects are linked to one another via the internet so that they can exchange data and work together in a global network.

All devices linked in the IoT require electrical energy, but many are located in places that are difficult to reach. When this is the case, charging or replacing batteries doesn't always constitute a viable option. Neutrino Energy Harvesting Systems will, however, soon be able to supplement traditional power sources and in the foreseeable future even replace them completely. This will become possible by means of a process that converts the small quantities of energy found in the surrounding environment into electricity that can then be used immediately or stored in a battery until it is needed.

Recent advances in the fields of electronics and microelectronics have led to the development of devices which consume less power than was previously necessary. Furthermore, a new generation of power components, sensors, and microcontrollers is now available which will soon make Neutrino Energy Harvesting Systems the most significant technological breakthrough in recent years.

Analysts from Semico Research estimate that the sale of the semiconductors used in Neutrino Energy Harvesting Systems alone will achieve an annual volume of several billion dollars in the very near future.

A few important points with regard to Neutrino Energy Harvesting: Basically, energy can be derived from many different sources such as radio waves, vibrations, heat, or light, and these sources can be either natural or artificial. Solar cells convert light; thermoelectric generators convert heat flux (temperature differences); and Neutrino Power Cubes convert vibrations caused by neutrinos and anti-neutrinos into electricity.

In addition, rectifiers and conditioning circuits are typically used to optimize the process of energy conversion. Neutrino Energy Harvesting Systems and Neutrino Power Cubes capture energy from the surrounding environment and convert it into electricity. Devices which require only small amounts of energy – sensors and light-emitting diodes, for example – can already be powered with neutrino energy by simply calculating the amount of electricity required and creating a suitable converter. In the future, it will be possible to power all electrical devices in this way.

Maintaining a constant voltage supply with maximum efficiency is the greatest challenge for systems that harness and manage electrical energy, and the less energy a device requires, the easier it is to achieve this goal. Over the years power-saving modes have improved drastically through faster algorithms that enable devices to return from sleep mode more quickly, thus keeping energy consumption to a minimum. It is also critical that electrical devices consume as little energy as possible when they are not in use. For this reason, a device's power consumption in standby mode is a key factor.

For the time being, batteries will continue to be necessary in order to supply electricity to devices in sleep or standby mode, but Neutrino Energy Harvesting Systems will ultimately replace them as the main power source. Some devices are especially well-suited to profit from the use of this technology in the very near future: electrical appliances which require low levels of quiescent current and starting voltage, for example, as well as devices which have limited external components and a high capacity for network integration. The latest generation of cell phones belongs to this category. Minimum power consumption is of utmost importance.

Intelligent power management also plays a critical role. In the future, it will be necessary for developers of technical devices to analyze the individual energy requirements exactly in order to coordinate them with the cell output of the Neutrino Energy Harvesting Systems. Different options with respect to software and hardware will be determined according to the specific application, and as a rule, cell output will be determined according to a device's respective load current. The goal is to make batteries obsolete in the near future.

The development of new processes and technological solutions in the field of energy management is already fully underway across the globe, and tomorrow's electrical devices will most certainly require less power than those manufactured today. This means that the significance of neutrino energy cells (Energy Harvesting) will increase steadily with time.

It was once the case that technological innovation was limited primarily to advancements in the field of mechanics, and over a century passed before the first systematic observations of electricity as a natural phenomenon finally led to its commercial use. The electrodynamic approach developed by Siemens according to which a generator converts kinetic energy into electricity marked a milestone in human development.

Today is the era of "homo electricus," and electricity will continue to play an important role in mankind's never-ending strides towards further development. Solar energy was an important first step on the way to liberating our planet from its crippling dependence on fossil fuels, but the visible spectrum was merely the beginning: Scientists and researchers now know that the invisible spectrum holds even greater possibilities, and the converters necessary to tap this vast potential are already in the production stage. The point has been reached where generators are no longer necessary for the production of electricity, and this will revolutionize society on a grand scale, freeing humanity to live more in accordance with the principals of Reason and of Conscience. In short, neutrino energy is destined to become the perfect power source for a brighter future.