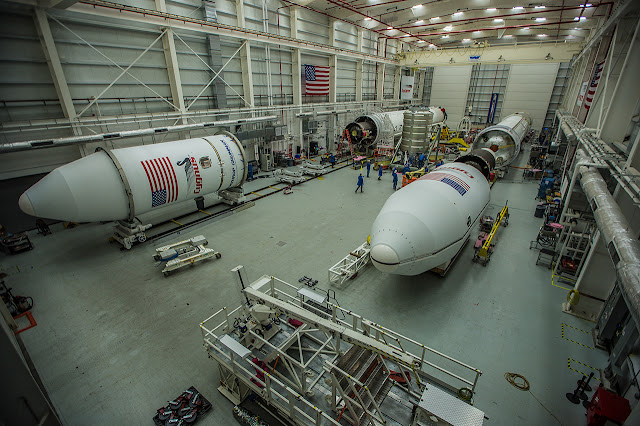 NASA's commercial partner Northrop Grumman is scheduled to launch its Antares rocket, carrying the Cygnus cargo spacecraft to the International Space Station, at 4:49 a.m. EST Thursday, Nov. 15. The launch, as well as briefings preceding and following the launch, will air live on NASA Television and the agency's website.

About 70 minutes after launch, an automated command will initiate deployment of the spacecraft's solar arrays. Full deployment will take approximately 30 minutes.

The Cygnus spacecraft, dubbed the SS John Young, will arrive at the space station Sunday, Nov. 18. At about 4:35 a.m., Expedition 57 Flight Engineer Serena Auñón-Chancellor of NASA will grapple the spacecraft using the station's robotic arm. She will be backed up by Alexander Gerst of ESA (European Space Agency), who will monitor Cygnus systems during its approach. After capture, ground controllers will command the robotic arm to rotate and install Cygnus on the bottom of the station's Unity module.

Media registration for the launch and associated activities is closed. However, media may participate via phone in the What's on Board briefing and prelaunch and postlaunch news conferences. Media interested in participating must contact Stephanie Schierholz at stephanie.schierholz@nasa.gov for call details.

Media already registered to attend launch activities at Wallops can get more information on schedules, facility hours of operation, remote camera setup, and more at:

The Cygnus spacecraft is scheduled to remain at the space station until Feb. 12, 2019, when it will depart, taking with it several tons of trash, and deploy several CubeSats before its fiery reentry into Earth's atmosphere.

Learn more about the Northrop Grumman CRS-10 mission by going to the mission home page at: