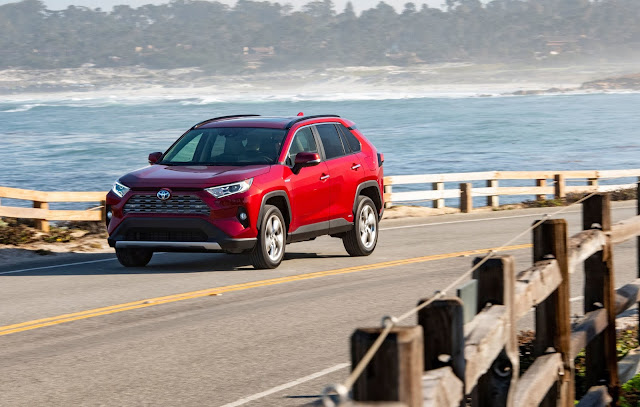 The original Toyota RAV4 arrived in the United States 22 years ago, casting the mold for a whole new industry segment, which evolved into the compact crossover SUV.

With the all-new, fifth-generation 2019 Toyota RAV4, the vehicle premieres, yet again, at the forefront – both for the Toyota brand and for the segment. Dealership arrivals can't come soon enough, with 2019 RAV4 gas models set to arrive in December, and RAV4 Hybrid models following in late March 2019.

Power and efficiency both make a leap in the 2019 RAV4 thanks to the new 203-horsepower Dynamic Force 2.5-liter inline-four-cylinder engine paired with an 8-speed Direct-Shift Automatic Transmission in the gas models. In the RAV4 Hybrid, the engine is teamed with Toyota Hybrid System II (THS II) with Electronically-Controlled Continuously-Variable Transmission (ECVT) that generates 219 combined net total system horsepower. The RAV4 Hybrid also is the efficiency leader of the lineup with preliminary manufacturer estimated mpg of 41/37/39 (City/Hwy/Comb).

No matter the grade, every RAV4 is a winning choice, whether it's for a city exploration, a weekend trip to the countryside, or a jaunt on the trails. With five gas models and four hybrid models, the 2019 RAV4 arrives at dealerships with an option for everyone.