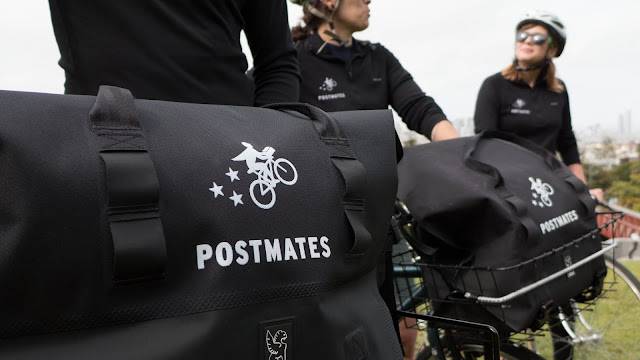 Postmates has experienced unprecedented growth in 2018. In the last few months, the company has launched 130+ cities, announced the company has raised $300M and shared how its Unlimited product has grown more than 300% since its launch in March 2016. Today, the momentum continues as Postmates has launched 134 new cities in the U.S. and is now available in 550 cities covering 60% of US households.

Starting today, customers can order from any restaurant or merchant and have it brought to their door in minutes. From trending local eateries, to a run for your favorite ice cream, Postmates helps people get whatever they need, whenever they need it. To celebrate the launch of these new cities, Postmates is giving customers in these new markets $4 off their first Chipotle order when they use the code CHIPOTLE134.

"We've seen amazing growth this year and bringing Postmates to even more people in the US is a huge step in being able to deliver anything to anyone, anywhere. Unlike other on-demand services, Postmates sees the cities we operate in as our warehouses -- by making every merchant and restaurant accessible through the Postmates app," said Bastian Lehmann, co-founder and CEO, Postmates. "Our mission is to support local communities through local people delivering goods from local merchants. In 2017, Postmates' fleet earned over $200 million in the US and merchants on the Postmates platform generally see 4x the growth in sales."


Postmates now completes millions of deliveries a month, generates over a billion dollars in gross merchandise volume annually and has achieved #1 market share in LA and other major Southwest markets.

To order, visit Postmates.com or download Postmates on iOS or Android. Delivery fees start at $3.99; however, customers can pay zero delivery fees when they subscribe to Postmates' subscription service, Unlimited, which is $9.99 per month or $7.99 per month when paid annually.