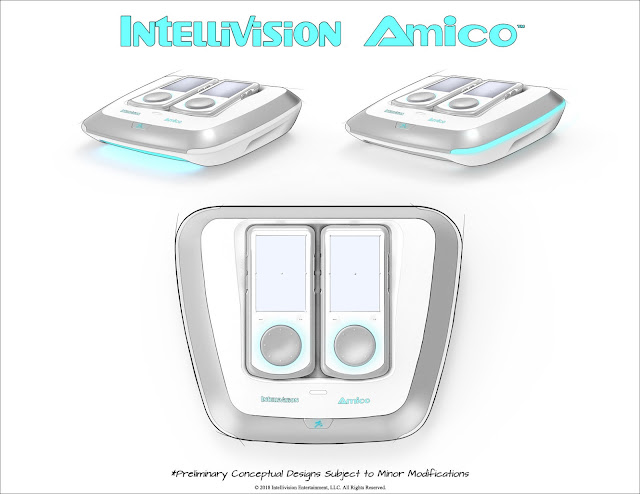 Almost 40 years after the release of the original Intellivision® home video game system which helped to redefine the video game industry, Intellivision® Entertainment is proud to carry on its "Legacy of Firsts" by announcing the brand new revolutionary family home video game console named Amico™ to be released on October 10th, 2020 (1010 2020). Amico is the Italian word for "friend" or "buddy" and encapsulates an element of the approach and dynamics for what makes the new console so unique and an exciting addition to everyone's family. 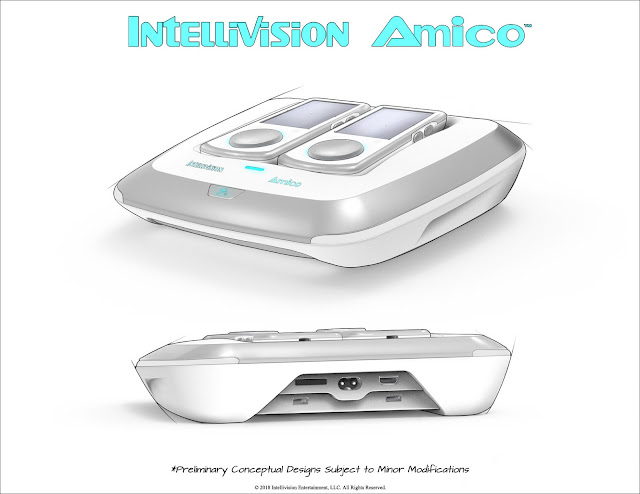 "We are creating a console that parents WANT to buy, not that they were asked to buy," stated Intellivision president and 30 year industry veteran Tommy Tallarico during his keynote address over the weekend at the Portland Retro Gaming Expo. Tallarico went on to say, "Most every game being made for the home consoles these days is created with only the hardcore gamer in mind. We see a world where everyone is interested in playing at home and with friends, but this isn't currently possible because the barrier to entry is nearly impossible for a non-gamer due to the complexity of the controllers, intricacy of gameplay, expense of the hardware and software and steep learning curve with an unbalanced fun factor for the beginner. Our goal was to create a console that both gamers and non-gamers are able to have fun with and play together. The Intellivision Amico is our answer to this gaping hole we see within the current video game industry." 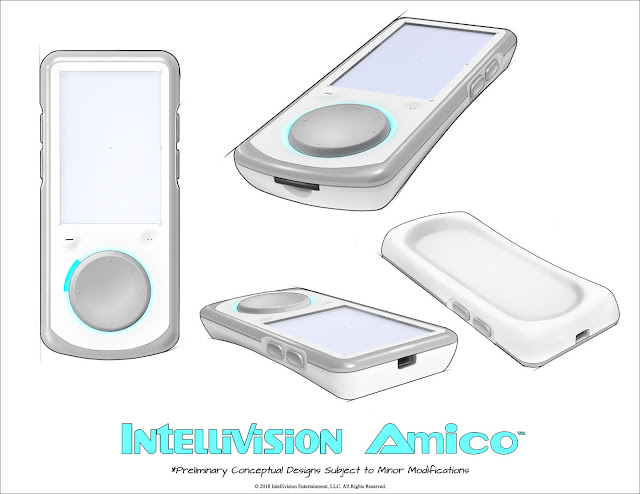 Game industry analyst and Wedbush Securities Managing Director of Equity Research Michael Pachter commented, "I think it's about time somebody focused on families with kid-friendly games. Intellivision has a long history of delivering content that everybody can enjoy, and with the revived console priced right, I expect it to be immensely successful. The company has the right leadership and is positioned in an underserved niche, I think the re-launch will be a home run."

"Intellivision Entertainment is also proud to announce that it joins console manufacturers Sony®, Microsoft® and Nintendo® as the fourth game console company to be an active member of the Entertainment Software Association (ESA). The ESA's mission is dedicated to serving the business and public affairs needs of the video game industry as well as owning and operating the Electronic Entertainment Exposition (E3)."

SOFTWARE OVERVIEW
All games are family friendly and rated "E for Everyone" or "E10+".
Every game version on the console is EXCLUSIVE.
Quality over quantity! All games must past a strict quality control seal of approval.
Balanced gameplay and design for Equal Opportunity Gaming™ for all.
All games are downloadable and between US $2.99 - $7.99.
No costly DLC (Downloadable Content) add-on's or "In-App Purchases".
Launch to include several built-in reimagined Intellivision Classics (pre-installed in every console) and over 20 games including both reimagined industry classics and brand new exclusive titles via the Intellivision Online Store.

Not only will the Intellivision Amico™ bring the fun and simplicity of classic gaming to modern day, but an entire plethora of completely brand new games and franchises are currently being created by game developers and game publishers around the world using the same core principles of sensible, simple and fun.

"The average age of a gamer today is 34 years old, and the market reflects that with a broad array of games for people of all ages. Of course, some parents may find that many of those games are not age-appropriate for their children," said ESRB president, Patricia Vance. "Intellivision's policy to only offer games rated E for Everyone and E10+ for Everyone 10 and up on its new system makes finding the right games easier for busy families, especially those with young gamers."