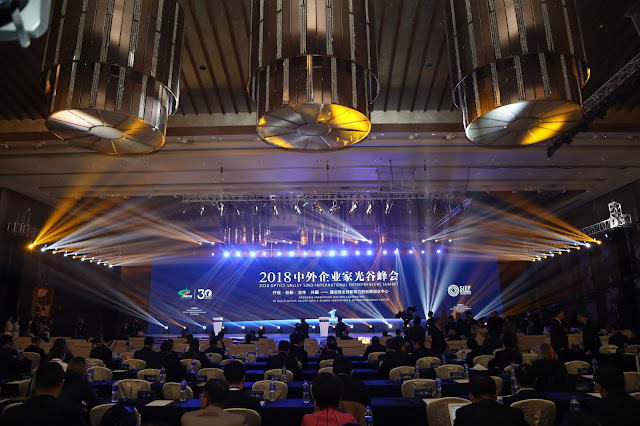 The 2018 Optics Valley Sino-International Entrepreneurs Summit, jointly held by the management committee of Wuhan Donghu New Technology Development Zone in central China's Hubei Province and the Sino-International Entrepreneurs Federation (SIEF), opened Saturday to promote the globalized transformation and upgrading of Chinese companies under the guidance of China's Belt and Road Initiative as the country's reform and opening-up entered its 40th year.

The SIEF, established in Switzerland, is a global non-profit and non-partisan organization. Its bureau members include former leaders of developed countries and industries who have made tremendous contributions during their terms. Most of its members are chairmen or CEOs of Fortune Global 500 companies. Over the past decade, the SIEF has held four summits every year in countries such as Morocco, Britain, France, Australia and China.

Themed on "Openness, Innovation, Win-win cooperation -- to build Optics Valley into a global innovation and entrepreneurship center", the summit invited global politicians, scholars, business leaders including Jean-Pierre Raffarin, former Prime Minister of France, Long Yongtu, former Secretary-General of the Boao Forum for Asia, and Andrew Robb, former Australian Trade Minister, as well as 500 entrepreneurs, 300 of which being representatives of foreign countries and companies.

The summit aimed to effectively deepen the understanding of the Optics Valley's development strategies, business environment and investment potential among Chinese and foreign politicians and business leaders, create opportunities, enhance cooperation and promote globalization of Optics Valley and Hubei at large.

Optics Valley is the third largest knowledge-intensive area in China, one of the country's strategic new industrial agglomerations, an important demonstration zone for innovation and entrepreneurship, as well as reform and opening-up. It is also a new ecological technology city that is suitable for business and living. The SIEF summit will be held here every year.