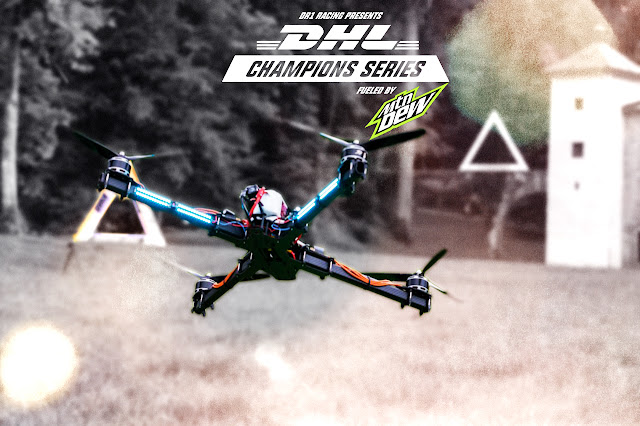 DR1 Racing, the global leader in professional drone racing, has unveiled the new Pro Class racing drone for the league's upcoming 2018 season of the DHL Champions Series fueled by Mountain Dew. Measuring over 4 times larger than previous racing drones, the giant Pro Class drones will allow fans to follow the action better than ever before as they reach speeds over 100 MPH in just over one second.


DR1 Racing looks to repeat last year's success, where the Champions Series finals were the most watched drone racing event in the world with record ratings on CBS, Eurosport, beIN Sports, and Fox Sports Asia.

Demonstrating further commitment to DR1, DHL has expanded the company's title sponsorship of the Champions Series on into the 2019 season. In addition to DHL, Mountain Dew returns for a third year as the exclusive beverage partner of DR1 Racing, as well as the presenting sponsor for Champions Series. The series will continue to be named the DHL Champions Series fueled by Mountain Dew.

"With this continued collaboration, DHL is supporting a thrilling sport that is not only growing rapidly around the world, but also attracting completely new stakeholder groups and delivering top entertainment value," says Dirk Ude, Head of Global DHL Advertising. "Our engagement is based on a perfect brand fit, as DHL and DR1 Racing share the same attributes such as performance, speed, and precision."


The season lifts off on October 4th on beIN Sports in the US, and on the 25th of October in Europe on Eurosport. For more detailed broadcast schedule check out www.DR1Racing.tv for more information.