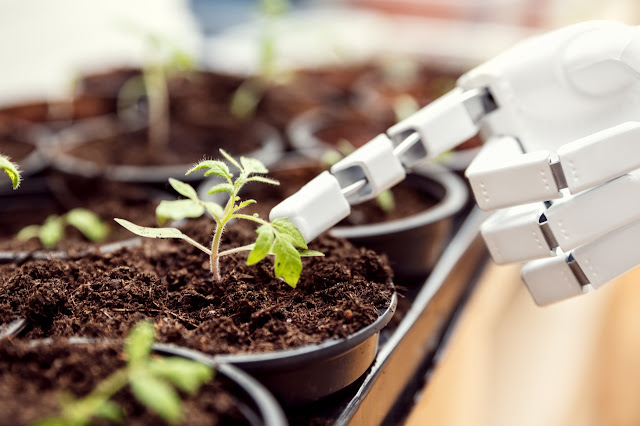 The Access to Cannabis for Medical Purposes Regulations (ACMPR) was announced by the Canadian Government on Aug. 11, 2016. It legalized the home-growing, production and cultivation of cannabis in Canada for medical purposes. On Oct. 17, recreational use will also be legalized.


At least 31 states and Washington D.C. also have some form of marijuana legalization. The recreational use of cannabis is legal in 9 states: Alaska, California, Colorado, Maine, Massachusetts, Nevada, Oregon, Vermont, and Washington plus the District of Columbia, and decriminalized in another 13 states plus the U.S. Virgin Islands.


"Several other states, besides Michigan, have ballot measures coming up later this year. Legalization also enjoys bipartisan support among voters, as 62 percent of Republicans younger than 40 support ending prohibitions on marijuana consumption, according to a Pew Research poll released in January. Among Democrats, the percentage is 69 percent, and among independents, it is 65 percent. Overall, 61 percent of Americans are estimated to support legalizing pot."


People are starting to embrace the idea that pot is going to become legal and is legal in many states. People are realizing that they can grow it at home now and save a significant amount that they would pay to dispensaries. The cost can be quite high for lab-grown medicinal marijuana. There are a couple of solutions on the market that embrace the idea of growing indoor at home, but are also cost prohibitive. While some of the other systems have a starting price of $1500, Klever Garden's prices start at $349 for a full soil solution and $500 for a hydroponic solution.

Klever Garden, an Austin Texas based company Kickstarted "Klever Box" that is designed to automatically grow plants, vegetables, and Cannabis with very little work. They designed a system that allows growers to obtain the freshest, highest quality harvests possible by letting growers set the conditions on a mobile app. The system does the rest.

The Klever Garden Box was founded by Titon Hoque, a former IBM employee living in Austin, Texas who has a passion for growing and a passion for technology. He along with Chad Caron, Animesh Banjerjee, and Enam Hoque created a system that anyone could use to grow fruits and vegetables. In the early phases as they market tested their idea, they began to realize that Marijuana growers had a need for such a device. So they included Cannabis growing to their garden profiles and will support Cannabis growers in their community.

"We started this project a couple of years ago while I struggled with my own fruit and vegetable gardens outdoors. I was tired of killing my plants every time I was out of town or forgot to water my plants," says Titon. "And hydroponically, with my busy schedule, I just couldn't create the right conditions for my plants. I spent hours a day, trying to keep the system in equilibrium."


Having grow profiles in their system based on the exact grow conditions that specific strains of cannabis prefer has led to immense yields, Klever Garden claims. This has led them to integrate a community feature in their app which allows growers to use profiles from other users who have had success with a particular strain. The app also allows users to save and share their profiles when they want repeatable results.

The biggest differentiator for Klever Garden is being able to wirelessly control multiple gardens simultaneously running different grow profiles. They achieve this by creating add-on Wi-Fi outlets to their unit. With the same Klever Box, buying a few $50 add-ons allows for a whole new garden that is managed by the system. For marijuana growers, that means clones can be raised in one grow tent while mother-plants can be grown in another grow tent.

Using the system and the mobile application appears to be very straightforward. They provide a video on how to set up the system in 30 minutes or less. The system comes with all of the sensors, hoses for water, and sprinklers for misting. Users can plug in their own lights, fans, humidifiers, dehumidifiers, CO2 generators, and a host of other devices. Another option is to purchase their entire Klever Full Solution that comes with everything needed to grow hydroponically. Only seeds, a choice of minerals, and PH are required.

Users tell the app which device is connected to which port on the Klever Box. Then choose a profile for the specific strain to be grown and that's really it. It will keep the PH and minerals at the right levels. It will provide the right amount of light and ventilation to provide a crop of consistently high quality.

Based in Austin, Texas, Klever Garden creates automated internet-connected devices and solutions for growing fruits, vegetables, and herbs. They have currently launched a Kickstarter for a Klever Soil Box and Hydroponic Box that is geared for small growers to commercial ones. They also are developing several other solutions including vertical growing and desktop growing.

Visit their crowdfunding campaign on:

A robot can grow Marijuana for you from seed to harvest!

Klever Garden, an Austin Texas based company Kickstarted a new Klever Box that is designed to automatically grow plants, vegetables, and Cannabis automatically for you with very little required from you. They designed a system that allows growers to grow the freshest, highest quality, and best quality marijuana possible by letting growers set the conditions on a mobile app. The system does the rest

Designed to plug in a number of devices such as fans, lights, humidifiers. And connect a number of included sensors for PH, minerals, temperature, humidity. etc.