Facebook says it's notifying ~800,000 users who were hit by a bug in Facebook and Messenger from May 29 to June 5 that unblocked some people they had blocked 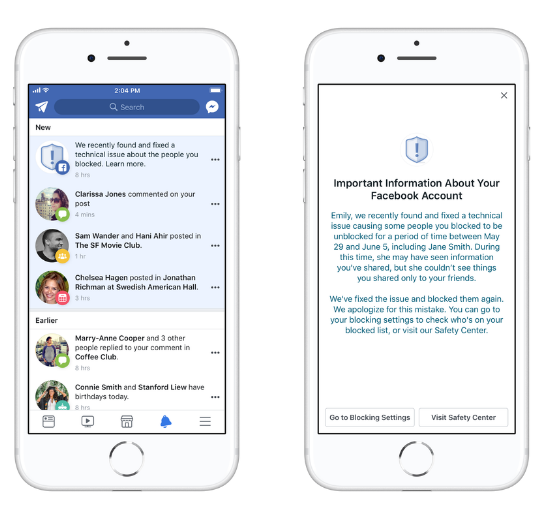 Starting today we are notifying over 800,000 users about a bug in Facebook and Messenger that unblocked some people they had blocked. The bug was active between May 29 and June 5 — and while someone who was unblocked could not see content shared with friends, they could have seen things posted to a wider audience. For example pictures shared with friends of friends. We know that the ability to block someone is important — and we’d like to apologize and explain what happened.


When you block someone on Facebook they cannot see things you post on your profile, start conversations with you on Messenger or add you as a friend. Blocking also automatically unfriends them if you were previously friends.