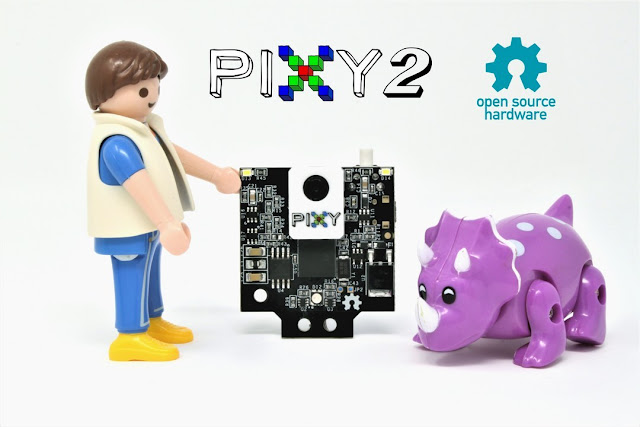 Today, Charmed Labs announced Pixy2, the next version of their popular smart vision sensor. Pixy2 is smaller, faster and more capable than the original Pixy. Like its predecessor, Pixy2 can learn to detect objects that you teach it. Additionally, Pixy2 has new algorithms that detect and track lines for use with line-following robots. The new algorithms can detect intersections and "road signs" as well. The road signs can tell your robot what to do, such as turn left, turn right, slow down, etc. 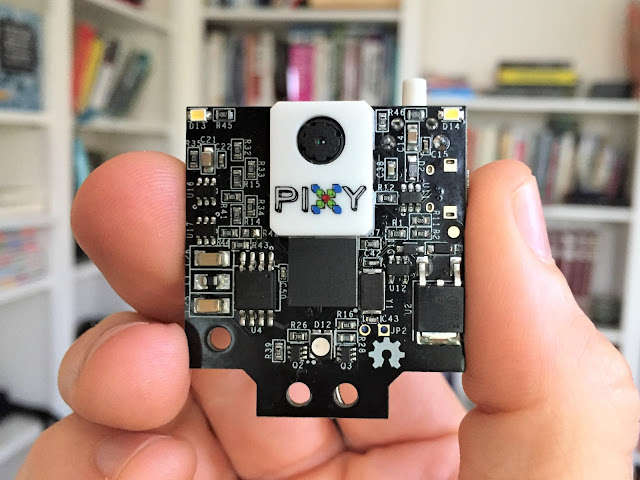 "Line following robots are popular because they are fun and relatively simple to understand," said Charmed Labs President Rich LeGrand. "We wanted to add new capabilities to these types of robots such as detecting intersections and reading road signs. We look forward to see what people come up with."


Pixy2 supports a wide variety of microcontrollers, including the popular Arduino platform as well as Raspberry Pi and BeagleBone Black. Unlike most cameras, Pixy handles all image processing on-board, freeing up the host microcontroller for other tasks.

Pixy2 is less than half the size of its predecessor and can process images faster at 60 frames-per-second. It has an integrated light source that it can turn on for when the lighting needs a boost. Also available with Pixy2 is a redesigned pan-tilt mechanism that gives Pixy2 the ability to look around and track the objects that it detects.

The original Pixy was launched in 2013 as part of a successful Kickstarter campaign. Since then, Pixy has become a popular sensor within the maker and robotics communities, finding its way into lots of robots and applications. Pixy is a collaboration between Charmed Labs and Carnegie Mellon University's Robotics Institute.