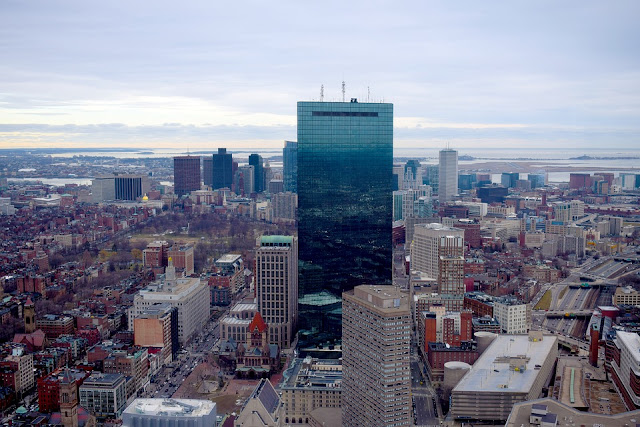 Whenever you ask somebody what they think of Boston, most of the times they’ll have great things to say. A small, yet diverse city, Massachusetts’ capital is quite a city to envy. However, because nobody or nothing is perfect, Boston also has its flaws; one of the main ones being its public transportation system. Luckily enough though, both for Boston’s residents and its future travellers, a new plan to better the city is on the horizon.


Known as “Imagine Boston 2030” the project is both daring and exciting. In only over 10 years, Boston will be transformed and look (and work!) better than ever. The plan aims at a general urban redevelopment that will modernize the different infrastructures that are getting older and older. Between 2016 and 2017, the Bostonian government asked its residents a series of questions on what they would like to see improved in their city. After having collected the responses, the project was laid out with the answers given by the people in mind.


One of the opening concepts in the Imagine Boston 2030 plan, is a whole renewal to the waterfront. If you’ve been, you know how popular the waterfront is for everybody in the city and consequently, how important this change will be. More than 1,700 people gave their responses on what they’d like to see at the waterfront, and the most popular was directed at the public transport that runs across the waters. For example, a big improvement will see the increase in ferries going between Downtown and Seaport, East Boston and Charleston, and a general water taxi service running along the Mystic River and Charles River.


With the waterfront public transport situation getting under control, the rest of the city is also looking for a general improvement. With the latest INRIX list out, Boston was classified as 14th most traffic-congested city in the world – an impressive spot for a city of its size! Perhaps the toughest of situations is the 30% of residents living on the outskirts with limited public transportation connections, a pretty big “no no” when it comes to public transportation. The bus lanes and subways systems are not long enough anymore, and need to be resolved. One of the first options is the extension of the Orange Line to Roslindale Square, and the Green Line to Hyde Square; a great start for the general improvements. And because with urban redevelopment also come smaller, more eco-friendly additions, the city of Boston has also announced a bike lane reserved to cyclists.


Does this mean that Boston could actually do it? Get everybody to be happy? Maybe they will improve their chances if they end up winning the Amazon HQ2 contest; a race to see where Amazon will set their new second headquarters. With Boston being one of the finalists, Amazon has announced they will pick a winner during the course of this year. We think Boston has a great chance of winning, and cannot wait to see what else will be added to the project as 2018 unfolds!