A Glance at the Future: Exploring an Algorithm for Education 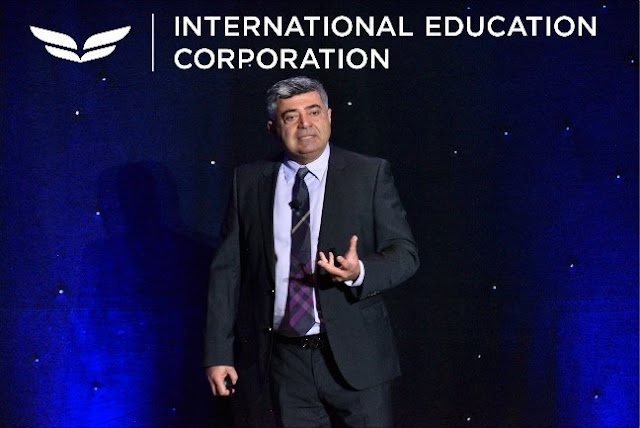 At a recent national conference, Fardad Fateri, President & Chief Executive Officer of International Education Corporation, delivered a sobering keynote address igniting timely conversations about economic innovation, workforce development and the future of education. Fateri warned, "Society's philosophy on education is hundreds of years old and it is now obsolete." He then urged for the paradigm on education and subsequent actions to go through a complete intellectual and systemic overhaul.

Fateri claimed, "With the dramatic advancements of artificial intelligence, 3-D printing, virtual reality, augmented reality, robotics, and the overall exponential technological expansion, in several decades, when all these marketplace verticals are effectively integrated, human beings won't be needed for most professions they hold today."

He added, "robots will take over most knowledge-based functions, tasks, activities, and projects that are currently being performed by manufacturers, attorneys, accountants, healthcare practitioners, engineers, and other skilled workers."


Fateri asserted that global education systems, some better than others, are all knowledge based. This structure was instrumental for the past several centuries to build the fundamental intellectual and mental capacity of the masses. But today, with information being so easily accessible, people no longer need to attend school to acquire knowledge.

Fateri stated, "In a few decades, robots will have mastery in all types of professions anchored in knowledge more so than human beings ever did. Plus, robots work 24 hours a day."

Fateri acknowledged, "It is hard to accept and digest the brutal facts about the future but education is truly one of the last segments of society that has remained depressingly and embarrassingly stagnant."

What's the solution? Fateri said, "What separates human beings from robots are values, consciousness, social structure, culture, compassion, and soul. Therefore, to remain timely and relevant, schools must integrate these uniquely human attributes within a new ecosystem of education."


Education also needs to lead to a well-defined professional and societal destination and it must leverage attributes that will always remain uniquely human. Many programs and disciplines at colleges and universities without clearly defined terminal program and professional objectives are already losing popularity and are shutting down. The trend toward a new structure and form of education is abundantly evident.

Fateri concluded if current education systems want to persist and exist in several decades, they need to transform themselves, otherwise, organizations like Amazon, Google, Apple or other equivalent outsiders will replace current primary, secondary, and post-secondary education systems. The process of corporations filling a significant void in education systems has already begun with great success and it will expand significantly in the coming decades.