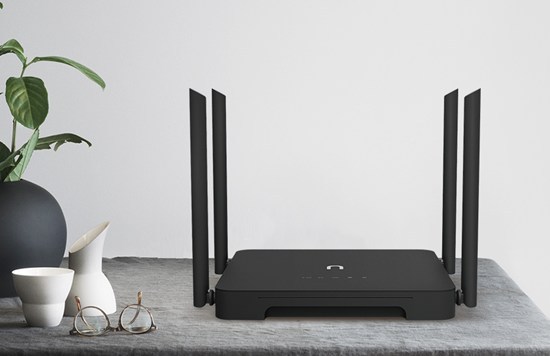 As a brand new Internet technology, blockchain has been recognized in all fields of the world at this stage, Its decentralization and irreconcilable modification are all currently needed by the market. Block chain technology is also gradually applied to financial and judicial fields.

Take the Chinese newifi router as an example, newifi new route 3 is the first intelligent router equipped with blockchain technology. The reason for the development of this router is because the newifi team realized the importance of virtual Calculating resources, and also noticed a lot of life. The computing resources are wasted. Nowadays, every family will have broadband, but how much time do you stay at home in a day? Since home broadband is idle for a long time, it also results in a waste of many virtual Calculating resources.

Based on this, the newifi team launched this router, using "blockchain + fog Calculating",an innovative combination of the blockchain technology embedded in the router hardware.With the CDN technology, the router becomes a node in the network acceleration, and then relies on fog Calculating to achieve shared Calculating functions such as broadband resources and storage space.

In order to continuously expand the fog calculation and acceleration business, newifi also introduced the "gold mining area" function. Currently, the "gold mining area" project has reached an active daily volume of 1 million visits. Users are distributed in nearly 50 regions around the world, including the United States, Singapore, Vietnam, Europe, South Korea, Germany, the Middle East and other overseas hot countries(regions). The "gold mining area" can not only mine, but users can also obtain a certain amount of digital gold after contributing their own idle bandwidth and storage space. This digital gold has a close relationship with the CDN.

Newifi official stated that digital gold can be used for user and enterprise acceleration in the future. Users can use digital gold to exchange some accelerated services, such as online acceleration while watching movies, television or live broadcasts. They can also be used to quickly load web pages, download files, and so on.

For enterprises, the use of digital gold is even more useful. Now that the Internet is developing rapidly, there are also many companies that rely on the development of the Internet. The business of these companies will grow larger and larger with the development of the Internet. The contradiction of deploy calculation and maintenance costs will also become increasingly significant. Digital gold can solve this problem. Enterprises can buy back digital gold from users and then exchange CDN acceleration services to ensure that the company's business can operate normally.

In addition, the digital gold team is currently working with Tencent to accelerate Tencent's many mobile games, such as " Glory of the king ", and Tencent's large business will also become bigger and bigger. From this point of view, the market for digital gold is huge. With the continuous development of the digital gold team, the future may not only provide acceleration services for Internet companies, but may involve other industries.

Currently, newifi.gold is a digital gold company operated by U.S. companies. For the overseas on-line of this time, digital gold officials have also planned a "NEWG/iphoneX" campaign for American users.The activity content is about the United States users can get a qualification to get a free conversion iphoneX ,as long as the user submits 5000 digital gold on the official website.The amount of iphoneX will be released 100 at a time limit per day. First come first. If they are not obtained, conversion qualifications will be postponed to the next day. If the activity ended but users are not get the qualificaton, the 5000 digital gold would be returned.It is worth mentioning that this event is limited to users in the United States, and the delivery address must be the United States.

The digital gold team is also full of sincerity in this event, fully taking into account the users of the United States, because this event is fully relying on the users themselves to grab the qualification instead of the lucky draw,it is very fair.Although only the first phase of the event has been released at present, we believe that the rewards for future events will be even more generous.

In addition, digital gold has been on the fatbtc trading platform, and the "Tesla/Fiji tour/iPhone X and 1 million NEWG Giveaway! " activities, which absolutely including Tesla, Fiji luxury double tour，iPhoneX，iPad mini Giveaway and 1,000,000 NEWG Token for NEWG trading Competition,isn't it very rich?