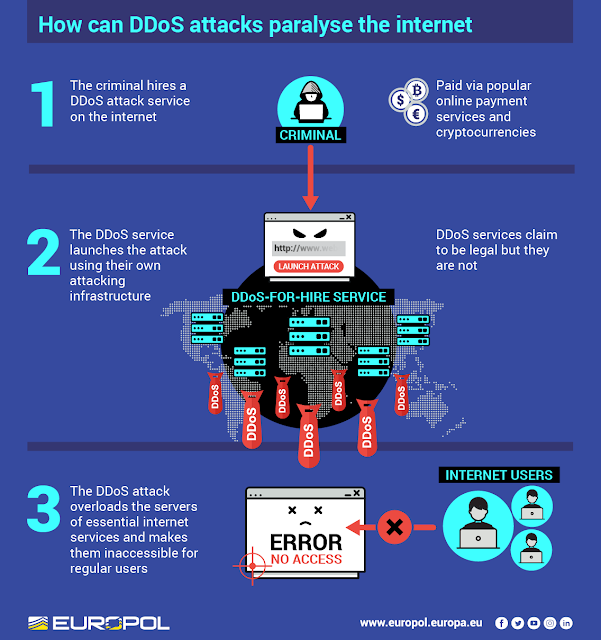 WebStresser, a DDoS-for-hire service with 136K users and linked to 4M+ cyberattacks is shut down; UK's NCA says service could be rented for as little as $14.99


The administrators of the DDoS marketplace webstresser.org were arrested on 24 April 2018 as a result of Operation Power Off, a complex investigation led by the Dutch Police and the UK’s National Crime Agency with the support of Europol and a dozen law enforcement agencies from around the world. The administrators were located in the United Kingdom, Croatia, Canada and Serbia. Further measures were taken against the top users of this marketplace in the Netherlands, Italy, Spain, Croatia, the United Kingdom, Australia, Canada and Hong Kong. The illegal service was shut down and its infrastructure seized in the Netherlands, the US and Germany.

Webstresser.org was considered the world’s biggest marketplace to hire Distributed Denial of Service (DDoS) services, with over 136 000 registered users and 4 million attacks measured by April 2018. The orchestrated attacks targeted critical online services offered by banks, government institutions and police forces, as well as victims in the gaming industry.