Medical Microinstruments S.p.A. Announces €20M in Series A Funding to Advance Its Robotic Platform for Microsurgery 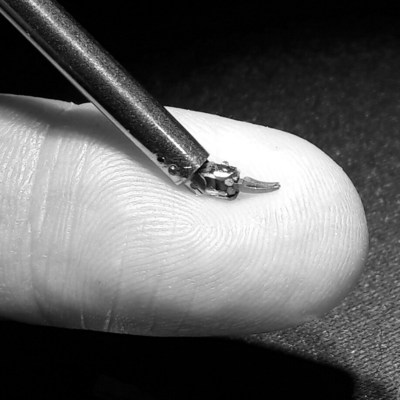 Giuseppe M. Prisco, CEO of MMI, said, "We are thrilled to have an outstanding group of investors and successful medtech experts supporting the next phase of development of the company and to address together a market opportunity that exceeds $2.5 billion annually." The round aims at completing product and clinical development, obtaining the CE mark and launching in European markets.

"Surgical robotics is a major trend that has yet to penetrate a number of surgical specialties beyond laparoscopy," said Olivier Litzka, Partner, Andera Partners. "MMI is poised to provide the first robotic product for open surgery with wristed microinstruments. We are excited to collaborate with MMI as they work to build a great company in an exciting category."


While robotics has primarily penetrated laparoscopic surgery and more recently orthopedic surgery, microsurgery, used in reconstructive, lymphatic and eye surgeries among others, has remained largely unserved by robotics to date. Microsurgery has seen only incremental advances in optics and instrumentation, with surgical practice being bound to what is manually achievable when working under 5x to 40x optical scaling. MMI is pioneering a disruptive advance in this surgical space by coupling the dexterity of robotically controlled wrist articulation with 5x to 40x motion scaling to match optical magnification.


"MMI represents a great example of the best Italy has to offer, based on its excellence advanced robotics," said Alessio Beverina, Partner, Panakes Partners. "MMI's breakthrough technology will help surgeons who perform complex microsurgery with highly precise dexterity and motion, and tremor-free control."


About MMI's Robotic Platform for Microsurgery

MMI has developed the first teleoperated robotic platform for suturing in open surgery with wristed microinstruments. It offers the surgeon motion scaling and tremor elimination and aims to facilitate existing procedures as well as enable new ones in the domain of microsurgery, from post-oncological and trauma reconstructions to ophthalmology, organ transplantation and pediatric surgery. MMI's Robotic Platform is an investigational device and is not yet commercially available.

Medical Microinstruments S.p.A. (MMI), founded in 2015, is based in Calci (PI), Italy. The company's mission is to help more surgeons around the world to offer more advanced microsurgical procedures, while reducing costs for patients, hospitals and for society at large. http://www.mmimicro.com