London's Fitness Fanatics: 69% of Londoners Exercise at Least Once a Week 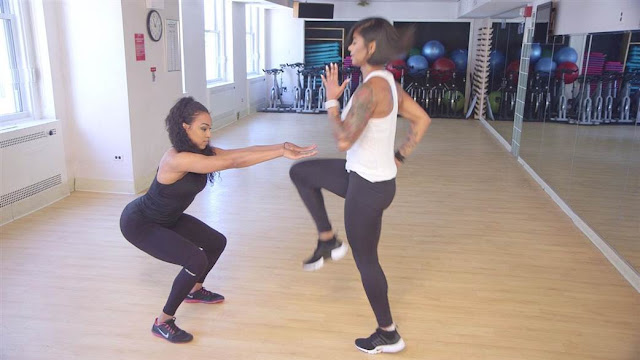 - The most active group of Londoners exercising are 18-34-years old - 78% are exercising at least once a week, more than any group

69% of Londoners exercise at least once a week, with one in five (18%) saying that they exercise every day, according to new research from TruBe, the leading personal fitness trainer app.

Younger Londoners - those aged 18-34 - are exercising (78%) at least once a week, more than any other age bracket, but with nearly two thirds (62%) of the over-55s also doing so, it's clear the Capital is focused on its health.

Despite these significant figures, Londoners want more. An overwhelming majority (88%) admit they do not go to the gym as much as they would like. Lack of time, is the most common excuse among those who exercise and use the gym, with nearly a third (31%) saying that is the top reason for not doing so. This is closely followed by lack of motivation (28%), preferring to exercise outside instead of the gym (26%) and the fact that work commitments take priority over gym exercise (23%).

Daria Kantor, CEO of TruBe comments: "The survey supports our own insight into the lifestyle habits of customers, and the biggest hurdles that stops them from working out. Fitness trends come and go, but the need to want to feel and look good will always be a priority."

"TruBe is committed in helping active Londoners have the best possible fitness experience, giving them the choice to work out where and when they want, be that at home or in the local park with a trainer who is an expert and can focus on a specific area such as popular workouts as HIIT, Yoga, boxing, ballet, and lifting."

"We have the best public spaces in the world, so it's easy to get some headspace and workout. With people being less interested in accumulating material goods and spending more money on experiences, Londoners spending habits are related to long term self-investment rather than short term highs of wild nights out that not only burn a hole in your pocket but affect your long-term health."


TruBe, London's leading personal fitness app who commissioned the study, found that of those who use fitness classes, at least a third of respondents (35%) go to fitness classes outside of a gym at least once a week, while just 6% go to them every day.

TruBe is a flexible, on-demand approach to one-to-one training. Whether you want to work out at home, in the local park or at one of our exclusive venues, the TruBe platform connects you with available London trainers of your choice at a time and a place that suits you.

All trainers must go through a 3-stage vigorous assessment to ensure we recruit trainers that meet the highest standard and are some of the best in the industry. We also choose trainers that we find are personable and show certain characteristics as we understand the importance of a good working alliance.

You can download the TruBe app from iTunes App Store and on iOS.