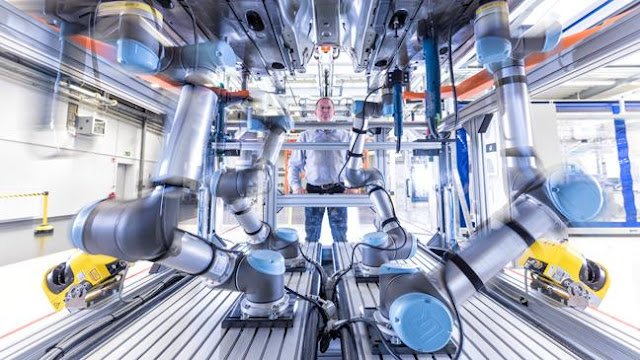 The "Industrial Robotics Market to 2025 - Global Analysis and Forecasts by Types, by Function and Industry" report has been added to ResearchAndMarkets.com's offering.

On the basis of types, articulated robots are dominating the global industrial robotics market owing to their varied applications in different industries including automotive. Further, collaborative robots are experiencing the highest CAGR attributed to their high adaptability and low-cost as well as plug and play system type, resulting in high adoption of these robots by SMEs.

Rise in the aging population worldwide which is leading to labor shortage is one of the major factors driving the growth of industrial robotics market. Certain countries such as Japan & Italy are in the list of top two countries of aging population proportion as a huge proportion of their population is above 65 years. Further, increasing demand for accuracy and fast production is influencing the growth trends of the market.

Japan's population comprises of the largest number old citizens worldwide, in 2014, around 25.8% of the country's population was aged 65 years or older, which increased to 26.3% in 2015, and is anticipated to nearly increase to one-third of Japan's population by 2030. The rise in aging population has created a labor shortage problem globally thus, demanding a rise in penetration of industrial automation and robotics.

For more information about this report visit https://www.researchandmarkets.com/research/tbrvkf/industrial?w=5