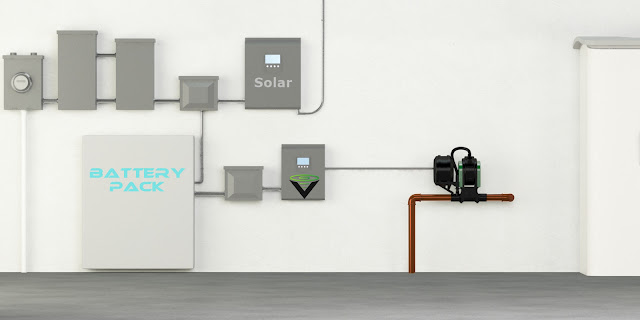 Vortical Tech LLC, developers of eco-friendly technology, announced today the first prototype of their turbine which generates electricity whenever tap water is used at home. The hybrid Tesla turbine converts kinetic energy produced by the flow of water into electricity. This technology enables homeowners to generate electricity every time they wash dishes, take showers, do laundry, wash cars, water the lawn, and flush.

The Vortical Tech turbine is a breakthrough in turbine technology. It's able to produce 120 watts of electricity from household tap water. While there are other turbines currently available in the marketplace, they generate one-tenth the output. "We have leveraged superior turbine technology to enable alternative energy applications," said Clyde Igarashi, founder of Vortical Tech.

Because of the number of houses with running water worldwide, the Vortical Tech turbine is poised to have a substantial impact. Since most homes already employ pressure reducing valves to regulate water pressure from the street into individual homes, the turbine can perform this function while also producing electricity.

The Vortical Tech turbine can be installed on the main water line without affecting pressure to the end user. This means there won't be an increase in cost for the water utility companies, while the home resident will benefit by generating electricity through normal water usage. "Future turbine designs can incorporate adjustable pressure-regulating features so that one device can be installed on main water lines for pressure reduction and energy generation," said co-founder Jon Yamamoto.

The Vortical Tech turbine can be paired with external battery packs to store energy for later use. It can augment solar photovoltaic systems to provide an alternative source of energy that doesn't rely on the sun. And because water usage tends to coincide with electricity usage, the turbine can produce electricity when needed most. It will produce electricity when usage is greatest - in the morning and at night - instead of only when the sun shines brightest. Thus the addition of the Vortical Tech turbines to solar photovoltaic and battery storage systems can contribute to utility grid load balancing.

The typical solar panel produces between 200 to 320 watts of power when new. While the Vortical Tech turbine's power output of 120 watts is less than the average for a new solar panel on sunny days, it roughly equates to between 2 and 6 photovoltaic panels on cloudy days (assuming 10-20% of rated capacity).