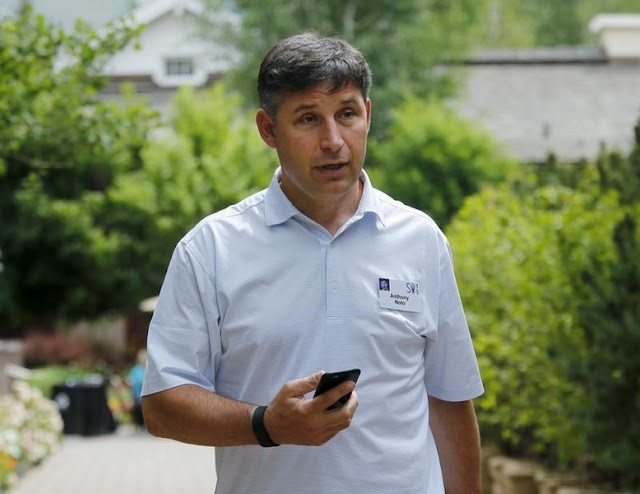 
SoFi today announced that its Board of Directors has named Anthony Noto as chief executive officer and a director, effective March 1.

“We are simply thrilled to have found someone of Anthony’s expertise and knowledge to lead SoFi,” Hutton said. “The SoFi board unanimously agrees that Anthony’s deep understanding of technology, consumer, and financial businesses make him the perfect fit to be SoFi’s CEO. We could not be more excited to have someone of his caliber on board.”

Noto joins SoFi from Twitter, where he has served as chief operating officer since November 2016. Noto joined Twitter as chief financial officer in July 2014. Before Twitter, Noto served for almost four years as co-head of global TMT investment banking at Goldman Sachs. He joined Goldman Sachs in 1999, was named partner in 2004, and served as the head of communications media and Internet equity research. Before returning to Goldman, Noto spent almost three years as chief financial officer of the National Football League. A graduate of the U.S. Military Academy, Noto has an MBA from the University of Pennsylvania’s Wharton School.

“I’m grateful to the SoFi board for this extraordinary opportunity to lead one of the most important new companies at the intersection of technology and finance,” Noto said. “SoFi has a significant opportunity to build on its leadership position in student and personal loans to revolutionize consumer finance and build a next-generation financial services company. I’m excited to work with Tom and the rest of the SoFi team.”

SoFi closed 2017 having reached new milestones across its business, cracking $25 billion in funded loans since inception and over 430,000 members. Its student loan refinancing product has helped people save over $2 billion and rising on student loan interest, and people have now used SoFi personal loans to pay off over $5 billion in credit card debt. In the fourth quarter, SoFi completed its largest securitizations yet for refinanced student ($776.7 million) and personal loans ($727 million), for a total issuance in 2017 of $6.1 billion.